Capricorn Birthstone: Which One Suits You Best? 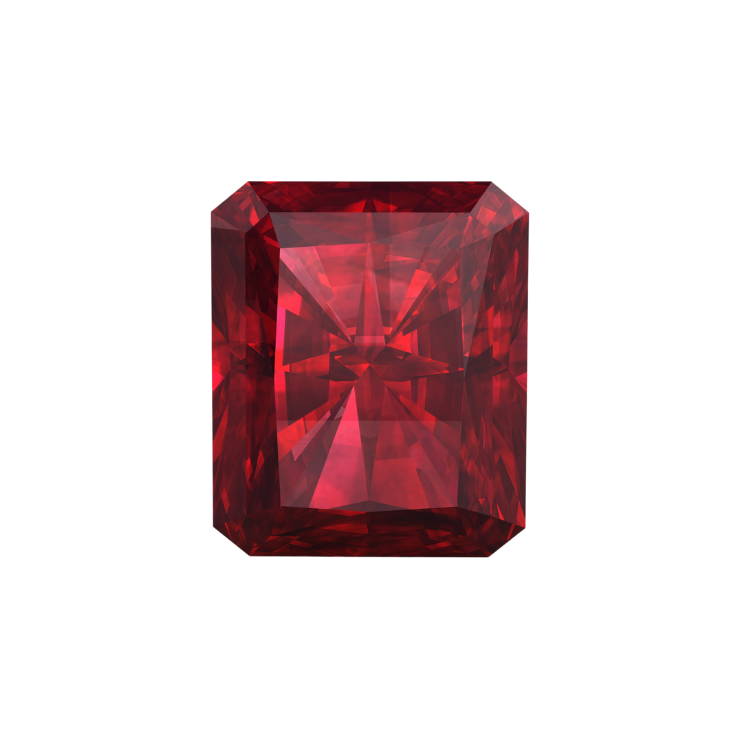 Capricorn is the tenth sign in the astrological calendar and includes individuals who are born between December 21st to January 19th. The zodiac birthstone associated with the Capricorn zodiac sign is Garnet which is characterized by a rich red hue. This regal stone is associated with creativity and commitment. The animal symbol for the zodiac sign Capricorn is the sea-goat and its ruling planet is the planet Saturn.

The Personality of a Capricorn

Since Capricorns are ruled by the planet Earth, it comes as no surprise that the Capricorn astrological sign is self-reliant, grounded, and hard workers. Because it has Saturn as its ruling planet, Capricorns are deemed to be more ambitious compared to other signs. People who are born under Capricorn have a firm belief that hard work pays off and that success can be attained by doing hard work. Capricorns are willing to put in the work so that they can reap bountiful rewards and endless prosperity.

Another important trait that can be found under this sign is persistence but still grounded in reality. This important trait can lead Capricorns to a successful career in management or holding important positions of authority.

Capricorns are not fairy-tale dreamers and they are firmly rooted in the world’s harsh realities, unlike other zodiac signs. Because of this demeanor, Capricorns or those that have the Capricorn moon sign will take on any task needed for them to be fully successful in their undertaking, all while being realistic of course. This also means that Capricorns are not easily distracted and can continue focusing on the goal until it is met.

The sea-goat is the animal representative of Capricorn and it is described as half head of a goat and tail like a fish. This juxtaposition symbolizes that Capricorns can easily balance the emotional versus their practical sides. They are easily judged to be cold creatures and driven, but they carry a sensitivity that is innate and natural to them.

Capricorns can sometimes have a hard time explaining their emotional side which might come across as unattached or unbothered. Oftentimes, they take life or themselves too seriously and they don’t want to be the subject of jokes.

Because of their innate drive to success, they remain hyper-focused to reach their goals in life. This drive may sometimes mean that other factors will take a backseat which might include family and personal relationships.

Lucky gemstones or birthstones play a great part in a Capricorn’s life because they need to be balanced holistically. They tend to be workaholics and it's hard for them to find time to play or enjoy themselves outside of work. Another important gemstone that a Capricorn needs is one that will bring them warmth and help them relax. Since Capricorns are considered to be hardcore workaholics, relaxation is hard to come by and lucky stones will help with finding peace and tranquility inside.

The most important gemstones that go well with Capricorns are those that can wash away their negative energies and raise their positivity. It is also important for Capricorns to obtain a source of renewed strength to keep carrying on reaching their goals to prevent burnouts.

Read along as we discuss what zodiac birthstones are beneficial to keep Capricorns balanced:

The first on our list comes as no surprise as it is the birthstone of December. With a glorious fiery hue, Garnet can bring fire and warmth that can be used to dispel coldness and balance your inner chakras. This red stone is known to attract the energies of Saturn, and because it is known as the regal stone, Garnet is a perfect match to a Capricorn’s pursuit of power and authority.

For Capricorns who are more in touch with their sensitive side, this gemstone will help you stay safe and balanced which is needed to explore personal and emotional growth. 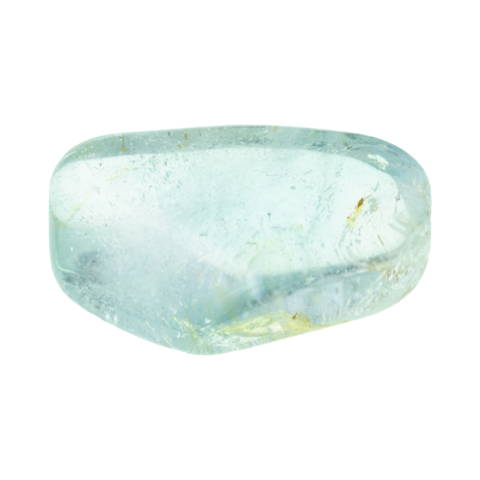 The winter-like charm brought about by Blue Topaz is undeniable and can bring memories of the cold blue winter skies and feelings of iciness and frost. This is the reason why Blue Topaz is a perfect match for people born in December. This gemstone will bring endless clear energy needed to make goals into reality. You will not run out of opportunities to help you and it is a stone used for clear communication free of misunderstandings or misinterpretation.

The clarity that Blue Topaz brings will enable Capricorns to have a clear and straight path to their goals, leaving behind any confusion or distractions that might bring them down.

With the ruling planet Saturn, this stone speaks volumes when it comes to the never say die attitude and brings about a commitment to getting things done through hard work and persistence. Last but not the least, the shimmering Blue Sapphire can also help in keeping your house in order.

Since Capricorns are more aware of reality, Lapis Lazuli is a gemstone that will help tap into the dream-like state that they are lacking. This gemstone will bring truth, vision, and a spiritual wonder that will help enhance the spiritual side of a Capricorn. This enhancement to the spiritual side will make the evolution of a Capricorn more holistic and enable them to tap into all the different spiritual resources needed to make their dreams into reality.

Lapis Lazuli is a stone that is connected to the third-eye chakra, which will help Capricorns look at the realm beyond reality.

Agate is a soft, healing stone that will enable people to look inside themselves for self-evaluation and embrace the journey needed for self-healing and improvement. Since it has a strong focus on self-reflection, it tends to calm any anxious thoughts and will help an individual stay grounded in reality.

This gemstone is known for its strength and the protective ability that it bestows upon people. With its dark, steamy power, obsidian can help Capricorns feel safe and stable. Since Capricorns are seen as leaders and authority figures, this gemstone will counter anybody who is trying to bring them down. The Obsidian will also help release all negative thoughts and feelings that you might be feeling.

This gemstone is known for neutralizing negative energies that might be affecting your well-being and mindset. Since Capricorns tend to go down the rabbit hole when it comes to thinking negatively, which can be attributed to their laser-focus personality, this gemstone will help dispel the negative thinking and bring positivity into the mix.

Capricorns sometimes tend to be control freaks and they don’t know what to do or how to react when things don’t go their way. Fluorite can help in this situation by providing a calming sense of energy and can remind Capricorns that things happen for a reason and sometimes it is better to watch things unfold in front of you instead of wishing you can control the outcome.

With a spellbinding greenish tint, the Peridot is a gemstone that will bring life and light to any individual. Capricorns tend to gravitate towards this gemstone because it can help them stabilize their mood swings and enable them to let go of things that are not important. Also known as the study stone, this gemstone will bring laser-focus to a Capricorn’s life which can help them attain their goals and reach the finish line.

This gemstone attracts prosperity and balance which is what power-hungry Capricorns are all about. Tourmaline can help keep egos in check and will help attract abundance, increase inner strength and focus on goodness. 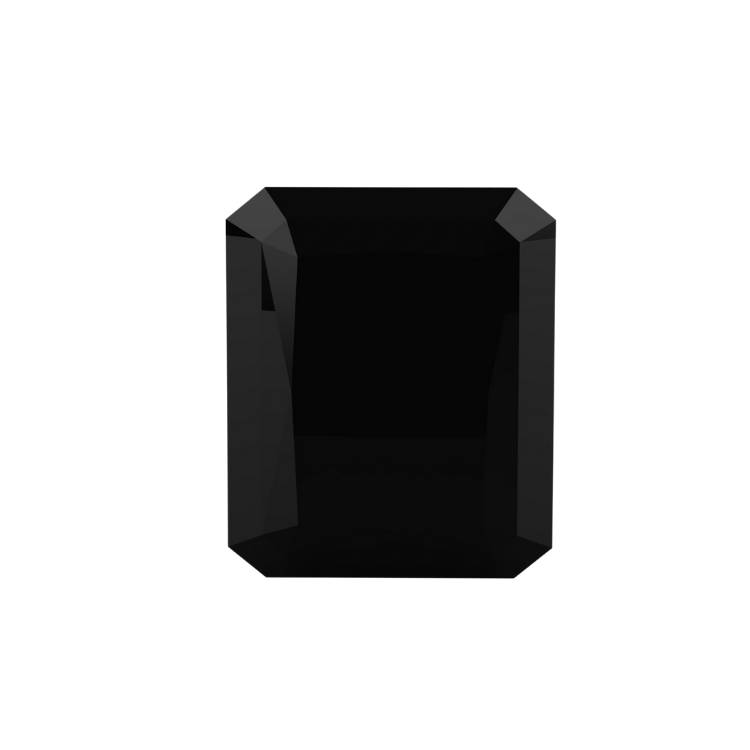 The powerful Onyx stone is believed to be used by warriors for protection, is also a favorite of Capricorns because it helps them counter negative thoughts and experiences. The color of Onyx is reminiscent of the dark winter sky. This gemstone brings restorative powers and inner peace for the hardworking Capricorns.

Capricorns can sometimes find it hard to compartmentalize work and their personal life because work ends up taking over. This gemstone will help find the balance between work and play, ensuring that Capricorns have a well-rounded existence.

Called Smoky Quartz because of its cloudy appearance, this lucky stone is known for use when it comes to needing clarity and conciseness. These factors are important in helping Capricorns keep their focus and eyes on the prize.

Because of its likeness to light and fluidity, this gemstone is beneficial in keeping Capricorns in the game by removing any distractions and getting rid of any complicated and negative feelings that they might encounter along the way to reach their goals.

Known as the guardian of the heart, Malachite is a deep green gemstone that will help you seek peace inside yourself and bring about much-needed self-reflection. Bringing self-awareness to a Capricorn’s life is important because it will help counter the negative connotation that being hardworking and driven can bring about.

This also serves as a reminder that they should stop working too hard sometimes and look around them, giving them a chance to focus on their relationships with family and friends.

Learn about even more gemstones on our Gemstones Page!