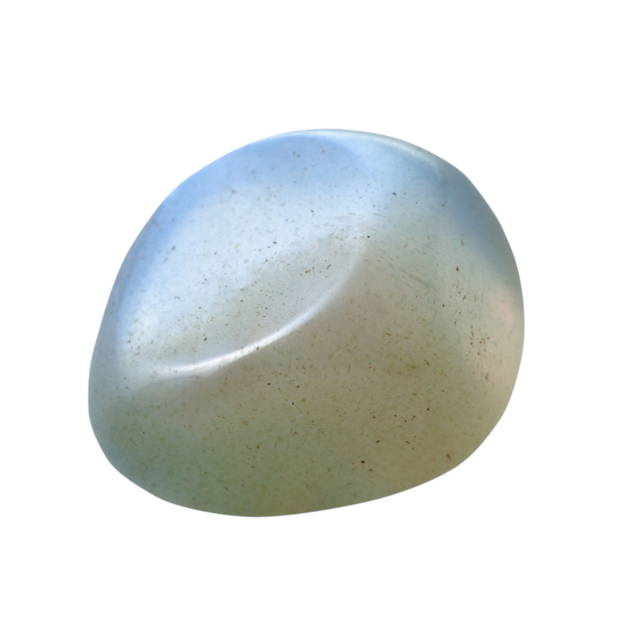 Moonstone is the Gem of Inward Wisdom. It is part of the feldspar mineral group. The meaning of Moonstone is feminine energy and new beginnings.

A moonstone crystal is made up of a sodium-potassium aluminum silicate with an opalescent appearance. There are many different types of moonstone, including white, gray, orange, green, blue, pink, brown, rainbow, and peach moonstone.

Throughout history, the moon has been a symbol of the spirit of the goddess. It hangs like an orb above our heads, sometimes as thin and ethereal as a slip of light, and other times as heavy and rich as harvest. The Moonstone embodies all this magic and more - it is a fascinating albite mineral covered in light beams and coated with a milky sheen.

The Romans believed that Moonstones were made up of solid moonlight shards because of their pearly sheen. According to legend, those who gazed into the stone could seeGoddess Dianaand that it would bring the wearer happiness and prosperity.

The Moonstone was once again the center of attention as Europe entered the Art Nouveau era, where this stone was used for jewelry and transcendent practices. Later, in the sixties, the Moonstone became popular as a spiritual tool for healing. Even now, in our modern world, Moonstone holds the same meaning as a tool for better health.

It is sourced from many remote corners of the world including Sri Lanka, Madagascar, Norway, and Australia.

You might also enjoy Turquoise Meaning, Uses, and Benefits!

Moonstone is most known for its pearly white light and water-like qualities, but there are many varieties of this unique stone.

With its light as pure as the new moon, the White Moonstone’s meaning is hope and promise. This stone magnifies emotions without compromising balance.

Similar to the moonlight that sparkles overhead in summer, the Peach or Yellow Moonstone creates a stunning light that dispels fear and anxiety.

Rainbow Moonstone is the rainbow stone that protects and is rich in Goddess energy. Its ability to aid in lucid dreaming and enhance sweet understanding makes this stone a valuable cosmic connector.

Gray Moonstone has very mystic qualities. It helps you to draw back the curtain and see what's beyond the horizon.

Blue Moonstone, also known as Cat's Eye, is an energetic stone. It helps you to notice patterns, let go, and rest in a gentle state of self-awareness.

Moonstone is also credited with its powerful healing properties. This sacred stone is known to have a wide variety of healing benefits to the body, mind and soul:

Because Moonstone is so closely linked to the divine feminine, it is no surprise it can ease PMS symptoms and help with hormonal balance. Moonstone balances your body's cycle and affects the reproductive organs. It can also help those who suffer from fertility issues.

In addition, expectant parents will also find strength and energy from Moonstone as it is known for helping to ease physical discomforts often associated with pregnancy.

Moonstone is also referred to as thestone of new beginnings. As the seasons pass, everything changes, and the Moonstone reminds us that we must embrace the cyclical nature of them and not be afraid of the new chapter that awaits us. Through its harmony of natural healing power, the Moonstone helps you overcome overwhelm and accept change. This stone can also dispel negative energy and promote emotional balance on the wearer or user.

Moonstone is a beautiful and powerful stone that awakens psychic abilities and maintains chakra balance. As a Moonstone, it resonates beautifully with the Heart, Third Eye, and Crown Chakra, two of which encourage us to look beyond everyday perceptions. When opened and attuned, these chakras help us find our place in this great universe.

As a Zodiac Birthstone

Moonstone is the favorite birthstone for those born in the Libra zodiac sign. Librans are known for their diplomatic nature as well as their sharp minds. Librans can also be indecisive, afraid to confront others, and never willing to change their ways. Moonstones help Librans adapt to change, to not fear decisions they must make in life.

Moonstone may also bring solace to Scorpios. Scorpios are brave, smart, and unwaveringly loyal. They can, however, be prone to jealousy and reactive behavior. A Moonstone can be seen as a soft feminine stone and encourages contemplative yin energy to exist alongside the force of yang. 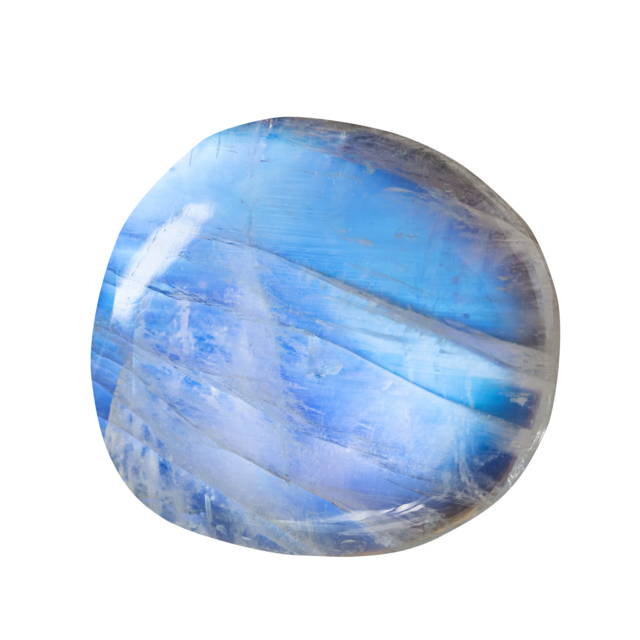 How Do You Use Moonstone?

Just like any healing crystal, moonstone can be used in various ways.

Moonstone's feminine energy can be a wonderful addition to your home. As a symbol ofbalance and divine energy, Moonstones can bring harmony to your space. If you wish to bring balance and power to fertility issues, place the Moonstone next to your bed.

Place the stone in areas where tensions run high to let it soften and cool the atmosphere. Bringing Moonstone crystals into your studio or workspace can invite creativity.

You can maximize the power of the Moonstone by wearing it as jewelry. A Moonstone necklace, bracelet, or ring on your finger allows you to absorb the stone's power the best because the stone is set directly against your skin. By placing moonstone jewelry on the skin, you enable the stone to create a connection with your body's innate frequencies and send healing waves just where you need them.

How Do You Cleanse and Charge Moonstone? 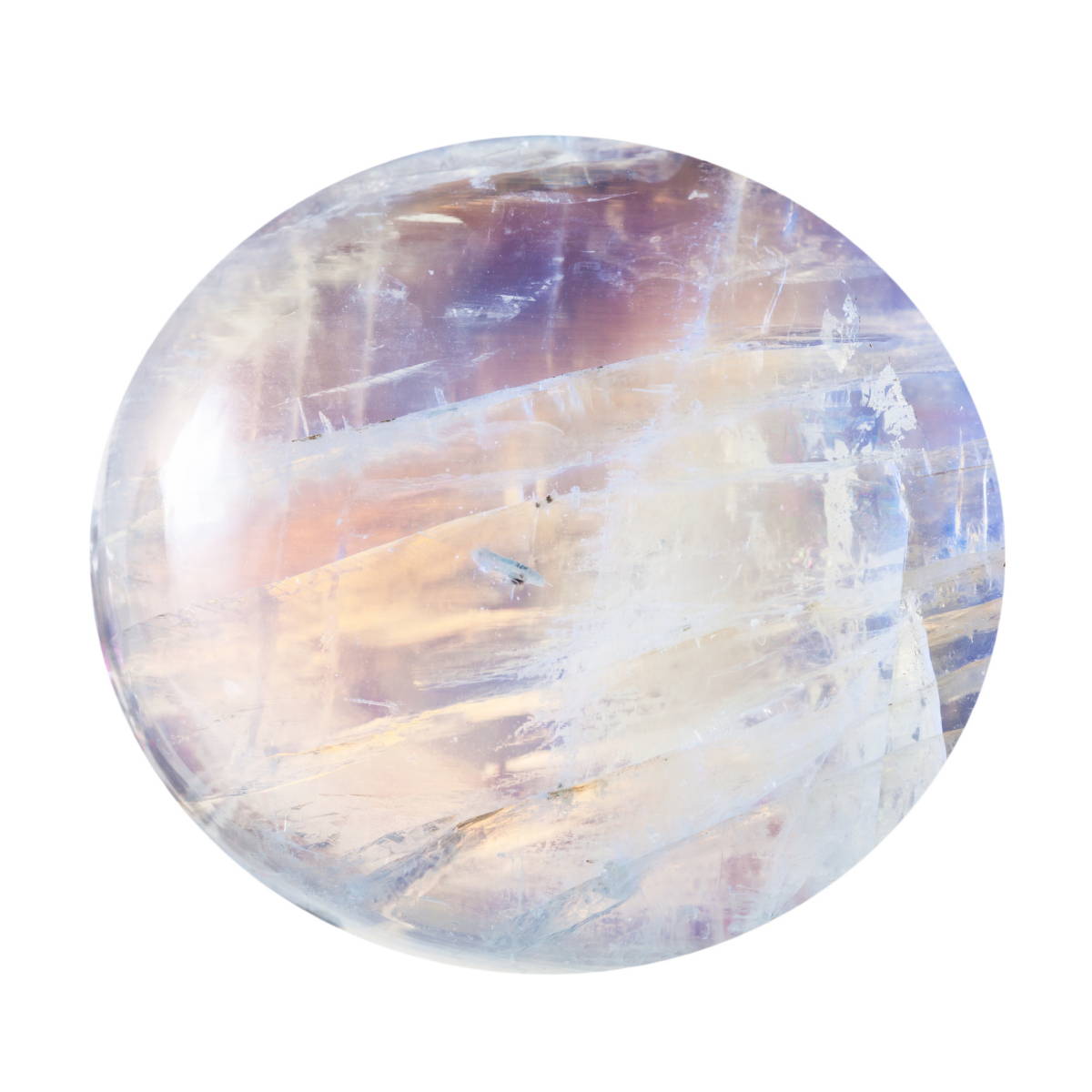 Moonstone, like any gemstone or healing crystal, will function at its best if it is regularly cleaned and charged. As healing crystals can continually absorb negativity while sending positive energy, to maintain this flow, it is advisable to wash those negative vibes away periodically.

The combination of water and moonlight makes Moonstone react beautifully. Moonstone can be cleansed by running it underwater for a few seconds and then placed on the windowsill or in the light of a waxing or full moon so it can soak up the moon’s energy.

Bringing moonstone into your life is a magical experience. Moonstone can be just what you need to amplify light and cut through the darkness when you are craving glowing goddess power or feminine energy, wanting to keep an eye on the big picture, or needing a little extra support when it comes to embracing change.

Want to learn even more?  Check out our Gemstones page!