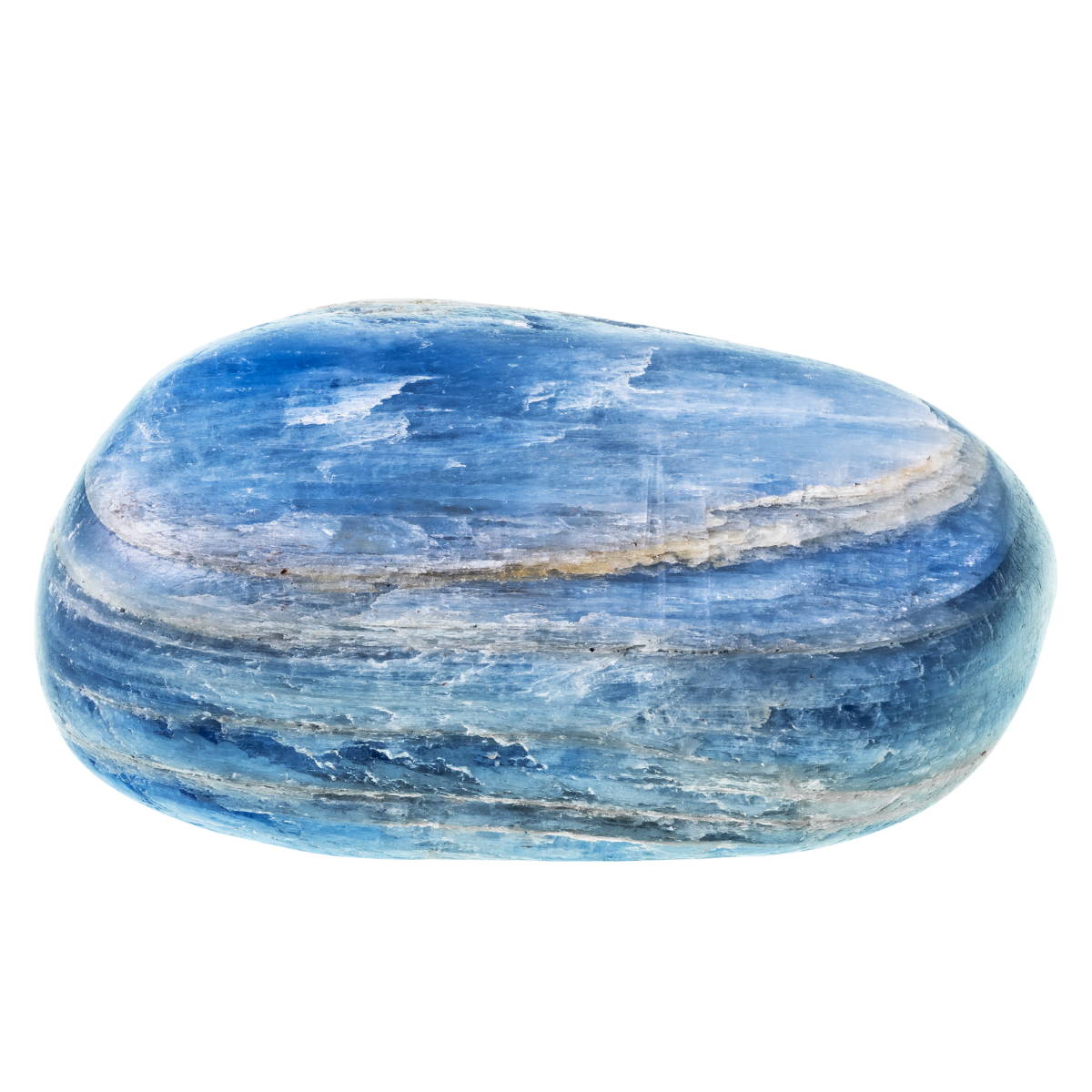 Kyanite crystal is one of the most beautiful natural blue gemstones in the world. Known as the Gemstone of Attunement, kyanite stones have high vibrational frequencies and are free of hazardous energy. A Kyanite stone such as an indigo kyanite is a very pure crystal and promotes healing.

What is Kyanite Crystal?

This stone is an aluminum silicate mineral that is usually seen as a three-dimensional, long-bladed crystal found in quartz. Disthene, Rhaeticite, and Cyanite are some of the other names for this stone. This lovely stone has a translucent look and is available in a variety of blue, green, black, and orange hues. This crystal is an exotic stone and possesses powerful healing qualities.

This stone has been given a variety of names since its discovery. It used to be known as Disthene, which means 'two strengths.' It's also known as Rhaeticide or Cyanite. Abraham Werner established the name Kyanite in 1789. The Kyanite gemstone gets its name from the Greek word Kuanos, meaning "deep blue." The French spelling "cyanite" was widely used until about the mid-twentieth century.

Kyanite crystal deposits can be found all over the world, including Switzerland, Kenya, India, Nepal, Tanzania, Brazil, Russia, and even the United States.

This stone is one of nature's most beautiful minerals, featuring strong hues of blue or even several hues and color zoning in a single crystal. Though blue Kyanite is the most common, there are various other shades, each of which aligns with a specific chakra and has unique therapeutic properties to help you stay in tune with the universe. 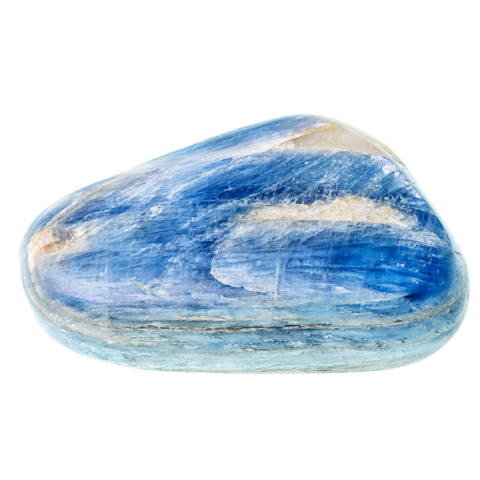 Blue Kyanite stone is one of the most common varieties. These blue crystals come in singing at high vibrations, and it links to the throat chakra, as do most blue-colored stones. Our truth emanates from our throat chakra, and when we can express it to the rest of the world and feel heard, we are on our way to realizing our full potential.

Green Kyanite connects with the heart chakra and aids in moving in harmony with the cosmos. Its natural vibrations make you feel at ease and connected to the world around you.

Black Kyanite is a dark stone that relates to our root chakra. This is one of the most significant chakras since it is here that we find our feeling of security.

Turn to the shimmering warmth of Orange Kyanite to open your sacral chakra and inspire creativity. This is an excellent choice for healing past scars and bringing about positivity in your life.

This gemstone is a natural pain reliever that may help with lowering blood pressure, reducing inflammation, and assisting the physical body in fighting infections. It also helps people who have suffered from physical trauma to rehabilitate their lives. It sharpens thinking, which aids in the healing of the brain.  More health benefits of Kyanite stone include promoting healthy sleep and eating habits.

This crystal is an excellent stone for dream recall. The universe often gives us messages while we sleep, and being able to recall those dreams allows us to understand the meaning behind our dreams. This gemstone, above all, is a gemstone that begs you to heal. It challenges you to dig deep within yourself and reclaim control of your own life.

Because Kyanite crystals hum at high frequencies, they can be linked to powers of telepathy, psychic abilities and connecting with spirit guides. This crystal can also clear out negative energy, tap into your deeper intuition, and help balance you.

As a Zodiac Birthstone

This aluminosilicate mineral crystal is a popular birthstone for people born under the signs Taurus, Aries, and Libra. Although it's not a conventional birthstone, it provides many benefits for those whose zodiac signs align with its mood.

How Do You Use Kyanite?

No matter how you choose to use this stone in your life, you will reap all the wonderful therapeutic effects. Anyone seeing balance, beauty, and greater spiritual connection should embrace its healing light.

It is a stone you want in your house, especially if you want to create balance in your home and remove negative energy. Blue Kyanite is useful for bringing peace into the social aspects of your life and helping you communicate in the workplace.

Place this healing stone close to your skin if you want pure, uncontrolled energy. This will let your body and the crystal discover their flow together. Kyanite jewelry is not only gorgeous, but it also allows you to bring great energy wherever you go.

How Do You Cleanse Your Stones? 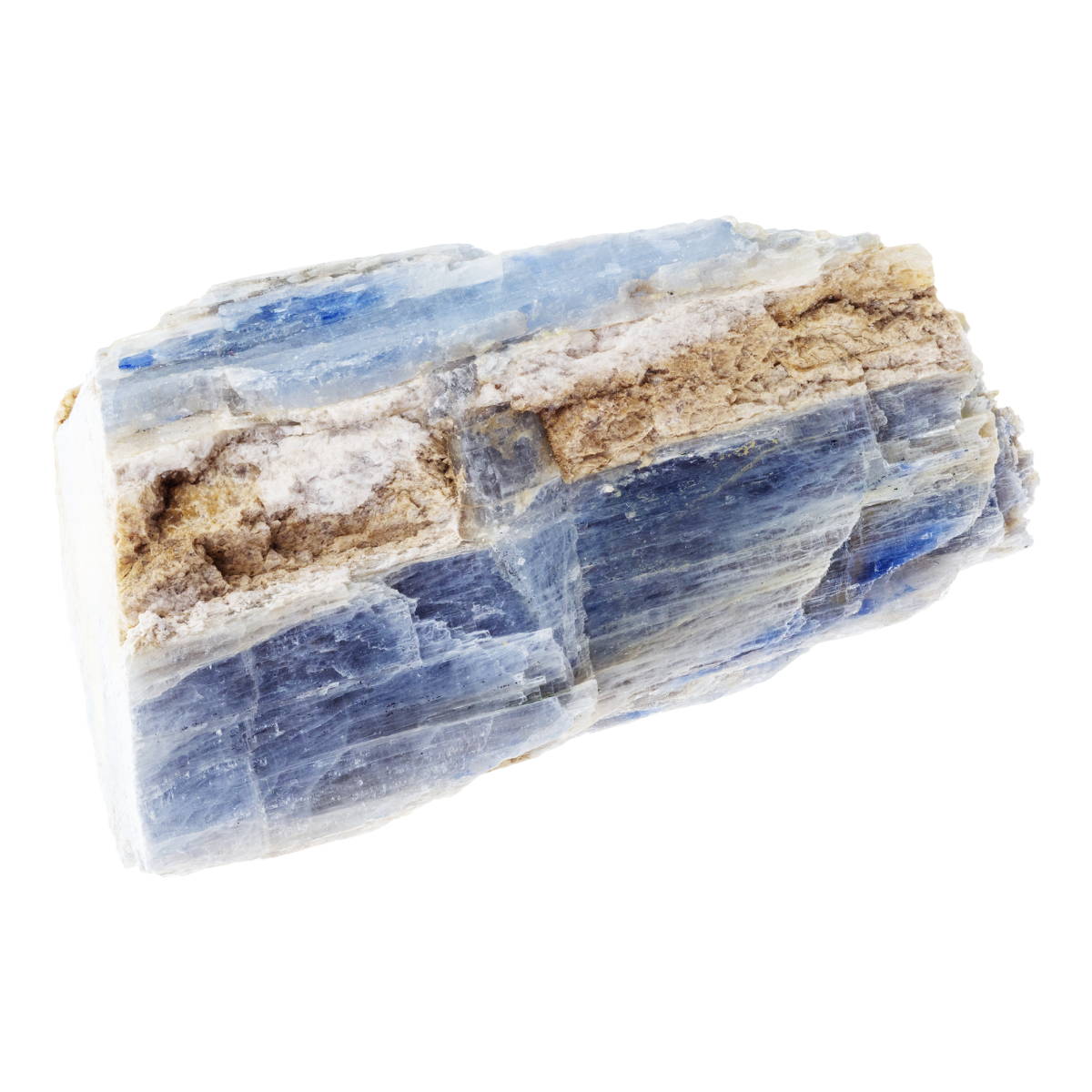 As with other crystals, it is important to keep your Kyanite gemstone washed and purified so that they are always bursting with healing energy. Fortunately, this is a stone that does not attach to bad energy, so its moods remain pure and radiant.

If you wish to cleanse your gemstone, to keep it feeling pure, bear in mind that it is a water element stone. Because it is a water stone, it will perform well if it is just washed in lukewarm or cool water. You may even add a drop of a natural soap to the water if you wish. To charge your Kyanite crystals, set them in a bowl made of natural materials such as wood or stone and cover them with a little amount of water.

You will enjoy the beautiful healing benefits of Kyanite crystals, no matter which style you choose. For those who love crystals that feel pure and simple and full of grace, this stone is perfect for you. This powerful stone can ground you, open doors, heal old wounds, and keep you on the path to your unique purpose.