A GUIDE TO ARIES BIRTHSTONES 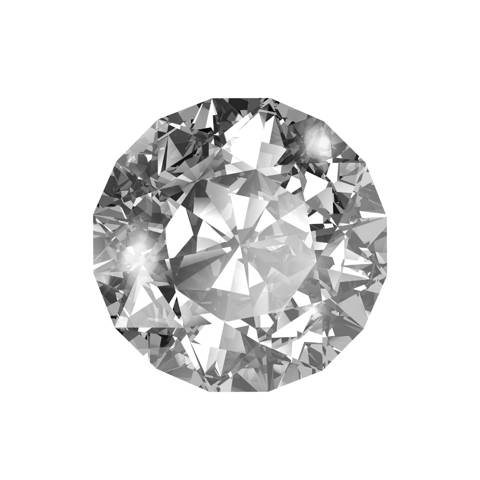 WHAT ARE ARIES BIRTHSTONES?

Aries zodiacs seeking their birthstones should know that there are six that align with the time of year that they were born. The central stone for the Aries zodiac sign is the diamond, which supports Aries’s boldness. Other Aries birthstones include Jasper, Aquamarine, Topaz, Sapphire, and Bloodstone.

People born sometime between the dates of March 21-April 19 are considered Aries. Aries is the very first sign of the zodiacs, symbolically referred to as “The Ram”. This fire sign is depicted with a symbol that resembles its nickname, taking a fiery stance next to Leo and Sagittarius.

If it wasn’t apparent from their zodiac position, the Aries sign is absolutely in love with the idea of being number one. They are always on the move, aggressive, and driven towards success just like their nickname. Aries are individualistic and will take on anything, regardless of whether it is familiar to them.

Aries is ruled by the planet Mars, which makes sense of their warrior-like tendencies. In ancient Rome, Mars was the god of war. Aries individuals take on the same level of passion and confidence that this god embraces in every instance of ancient mythology. They are always on the move, no matter what is going on.

For those born under the Aries sun, there are a few things that set them apart from all the other zodiac signs. They are natural leaders, which is rare among other zodiacs. They’re wildly competitive and extroverted, meaning they can be the life of the party or take it down in an instant. Aries individuals are not afraid to master their fears and go on spontaneous trips whenever they want.

This zodiac sign is adventurous and outgoing, yet they make for hard friends to have. The Aries sign tend to have a short fuse and will explode unexpectedly if you aren’t careful. Aries are also quite combative and arrogant, which can stir up the people they are around.

On the other hand, Aries can be incredibly loyal. If you are friends with them, they are sure to defend you until the very end. They’re also adventurous, so you are sure to have a good time hanging out with them no matter what.

Aries have one birthstone and five stones that complement it. Each one is unique and has healing properties that can be beneficial to Aries. It’s vital to know all about each one.

The diamond is the main birthstone for Aries. The rock has long been associated with the mystical. Some ancient theories supposed that they came from the striking of lightning bolts to the earth. Others assumed that the gems were the tears of gods.

Diamonds allow them to become patient and creative. They are said to have driven warriors to victory in battle and protected them from those attacking. These gems spur Aries into spontaneous action. Though the diamond brings victory, it also brings an Aries to a balanced state of mind, allowing them to withstand whatever comes their way.

In terms of healing, the diamond can bring clarity of mind and reduces the fear that a person may have. It imparts fearlessness and fortitude, particularly in the mind of an Aries.

The diamond is vital for Aries to find their sense of balance. It brings emotional clarity that will balance out the fiery ambition they have, so it’s a great option for any collection.

This gem balances the positive and negative energies of Aries. It will inspire them to be determined and pursue what they would like to in life. Jasper helps them think before they act and promotes vitality. This birthstone can be used if Aries is feeling depleted of energy.

It is critical to note that this only applies to red Jasper. The rock can also be yellow, brown, green, or blue since it stems from the mineral content of ash or sediment. Only red Jasper will have a large effect on the Aries zodiac. Jasper can still work in other hues, but red is the best for them.

Jasper is another critical stone for Aries because it balances them out emotionally. Using the stone and the diamond together will ensure that the fiery Aries is on top of their ambition and drive. 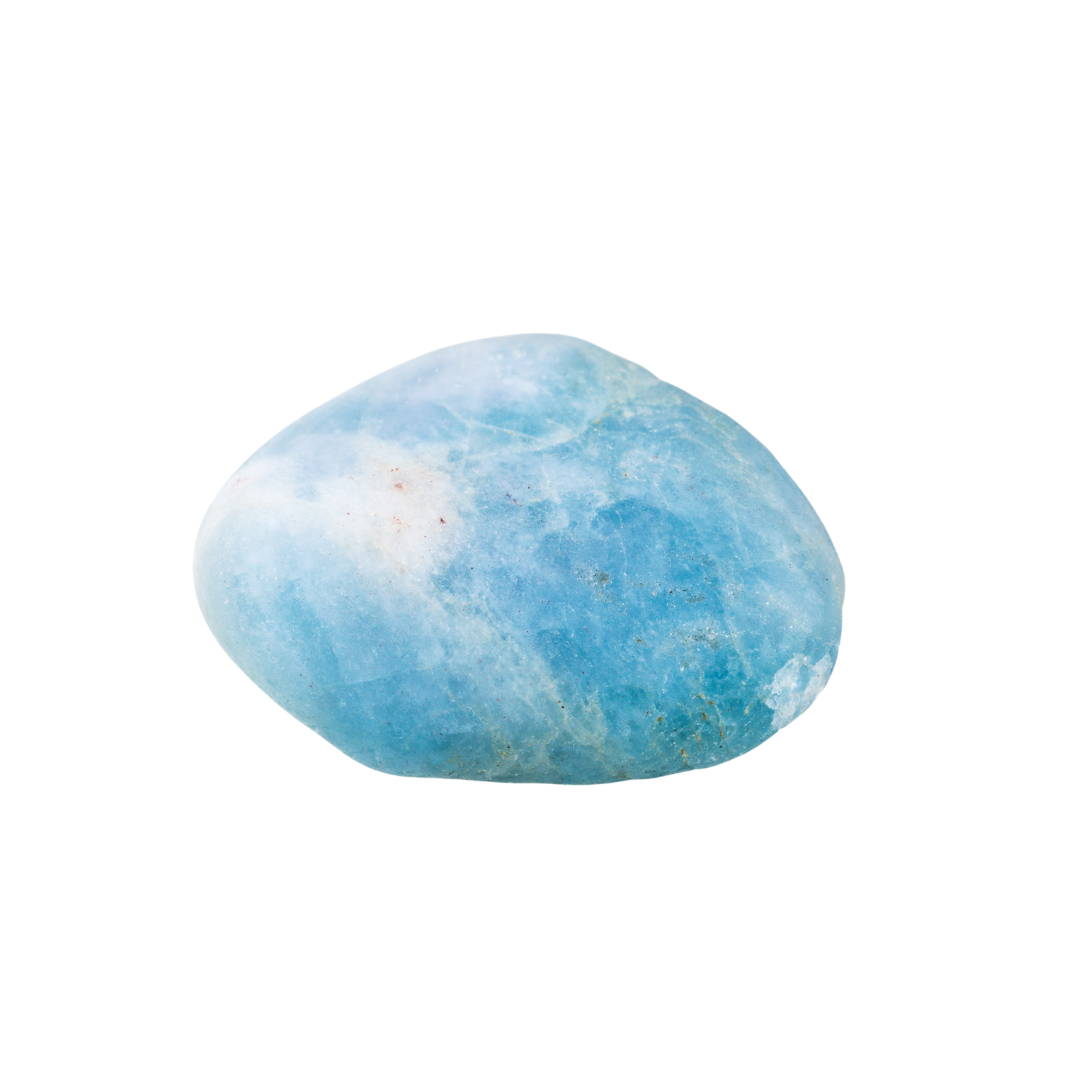 Aquamarine is associated with water, so it directly contrasts the heat that comes with an Aries. This stone provides gentle relief when Aries seems out of control. Aquamarines are vital to the alignment of this zodiac.

This rock can clear the mind of an active Aries. It also encourages peace and inner strength, even in the toughest of situations, and brings this zodiac back down to earth if they get too high. It’s grounding in a great way, bringing about compassionate energy and healing.

Aries tend to be terrible at going with the flow, but the Aquamarine can help with that. They assist this zodiac in becoming more flexible in their lives.

Aquamarine is a rock that every Aries should investigate. It will keep their feet on the ground and make them ready to take on anything that they face.

Topaz is a critical gem because it is a talismanic gemstone. This means that Aries can potentially experience a magical result by encountering a piece of Topaz. The possess a certain charm that the other birthstones do not have.

This gemstone often comes in a variety of different colors, including blue, green, yellow, orange, pink, red, and purple. Individuals in the Middle Ages would carve an Aries talisman on the yellow rock, which an Aries or other person could carry around. This would allow them to carry the abilities with them.

Topaz is thought to protect the wearer from any kind of injury. It might increase strength, and even improve someone’s eyesight. This healing power has drawn many to it over the years. Yet, Aries are impacted the most by its abilities.

This gemstone quickly brings about healing and goodness to the user. An Aries should consider this stone if they are investing in a collection.

For the Sapphire, it is critical to note that only the Yellow Sapphire should be worn. The Blue Sapphire can harm the energy of the Aries and bring about many negative factors. It is a Corundum, which means it is related to the ruby. Bother of these are beneficial for the Aries.

Yellow Sapphire tends to provide good luck for the Aries who wears it. It should be worn when Jupiter has afflicted the zodiac, as it will often bring about the support of the natural world.

Yellow Sapphires can bring an abundance of good, from wealth to a good career and anything in between. It supports the fiery Aries that wears it, just as fierce as their stubborn loyalty. It also may improve various relationships in their life.

Yellow Sapphires should be used by Aries that are down on their luck. It will help anyone out who is under the chaotic rule of Jupiter. 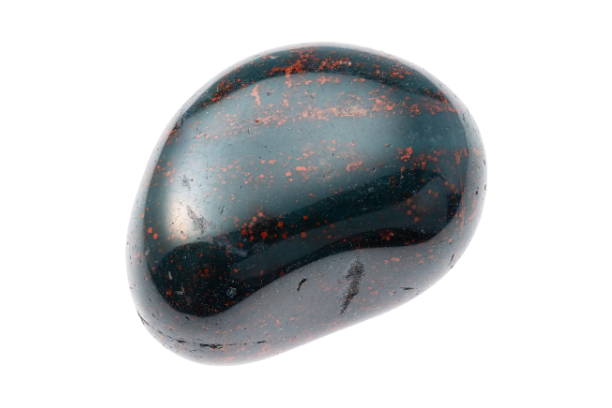 The bloodstone is what is known as the traditional zodiac stone for Aries. Bloodstones were often used by Babylonians to make amulets and talismans. The Ancient Egyptians used them as well, determined to find something that could give them an edge over those who opposed them. Some even thought that the bloodstone could cause a person to turn invisible.

Legend also states that the bloodstone had the power to cause lighting, thunder, and even a tempest. It was believed to be an immensely powerful stone.

Of course, that is not the case. However, the bloodstone crystal does have many properties that might make it seem like it has superpowers. For Aries, this stone will bring respect and admiration. It amplifies the Universal Life Force and permits courage, wealth, victory, and strength whenever the Aries need it most.

For Aries, the bloodstone should always be in their pocket. It is a vital source of protection and will prevent them from the deception that they might encounter. The bloodstone will serve them well as they go through life.

The birthstones of the Aries zodiac sign work together in unique ways. They are all beneficial and provide forms of healing that an Aries will enjoy, as they will allow a realignment to happen naturally. Incorporating these crystals into your daily routine as an Aries can have many great effects.

If you are an Aries and you decide to invest in these stones, you should continue to research them and become familiar with all their qualities. Aries tend to get frustrated, so don’t go in too fast. If used right, these birthstones can bring a sense of order to your inner chaos.

We’d love to hear from you if you’ve had any of these experiences with Aries birthstones. How have they affected you? What has happened to you since you started to utilize the Aries birthstones?