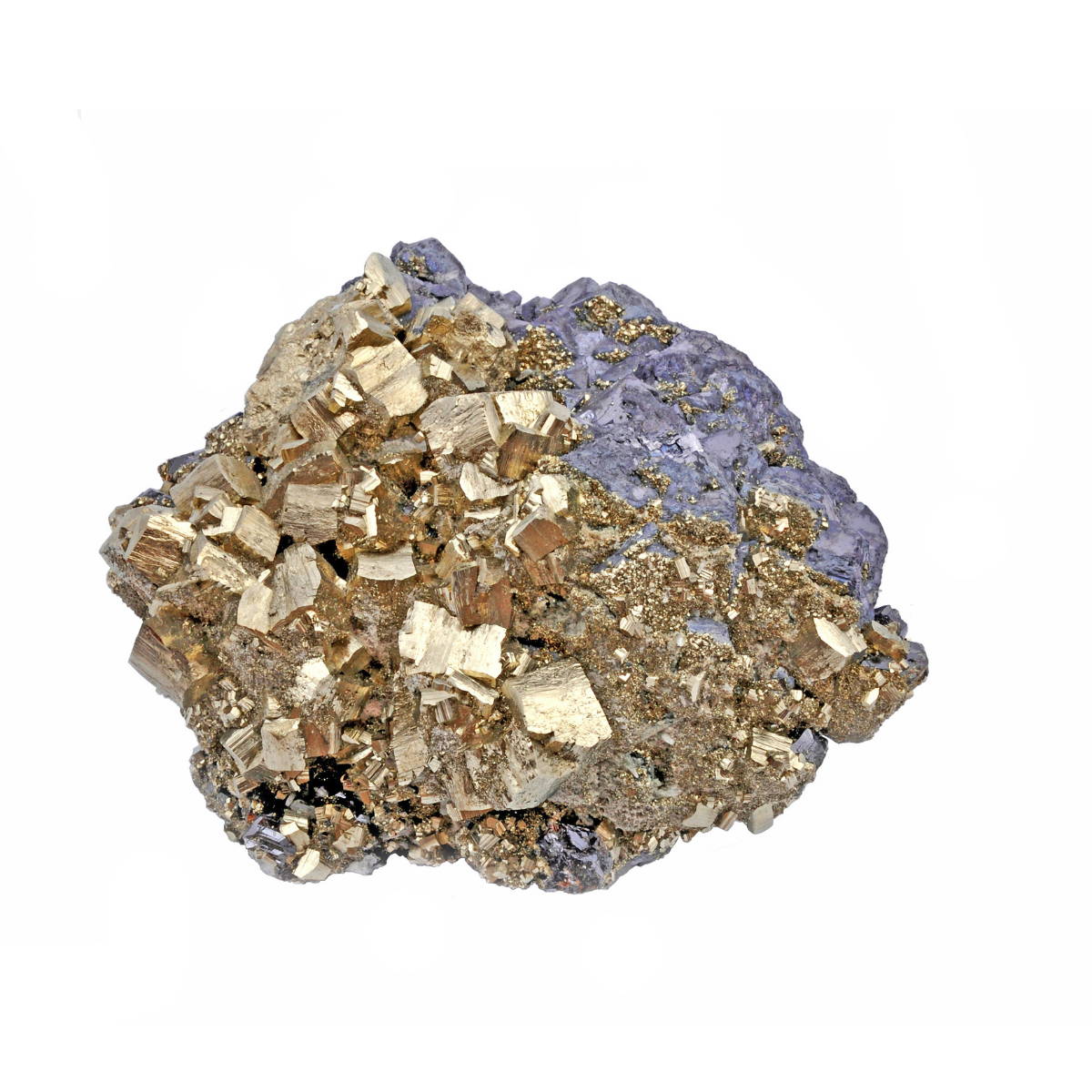 Pyrite is astone of luck, attracting abundance and protection to its user. Its meaning is purity as it cleanses your mind and inspires creativity through its powerful energy. Find out all there is to know about the Pyrite crystal including its meaning, healing powers, and how to incorporate this beautiful stone into your life.

Pyrite is an iron sulfide mineral composed of iron and sulfur that gives it a metallic luster and glow.It is part of the cubic crystal system and is transparent and brittle. It is often called Fool's Gold or Iron Pyrite because of its brassy color and shimmering appearance. However, Pyrite is the real deal when it comes to its unique qualities.

Pyrite's golden hues and potent protective qualities prove that not all that glitters is gold. The Pyrite meaning is connected to the Greek word Pyr meaning fire - symbolizing the light that shines across the surface of the stone, giving it a fiery glow.

Although it is called Pyrite meaning fire, it is actually an earth stone, rich in iron sulphide mineral. It is gathered from Namibia, Peru, Greece, Spain, and Canada. Its golden color ranges from pale brass to a rich gold, with a brilliant metallic sheen. As a testament to its name, it is one of the only healing crystals that can spark when struck hard enough.

Pyrite was given the nickname Fools Gold because it has an appearance very similar to precious metal. The wisdom of Pyrite is far from foolish, and those who hold it close to their hearts may find that their powers are multiplied. 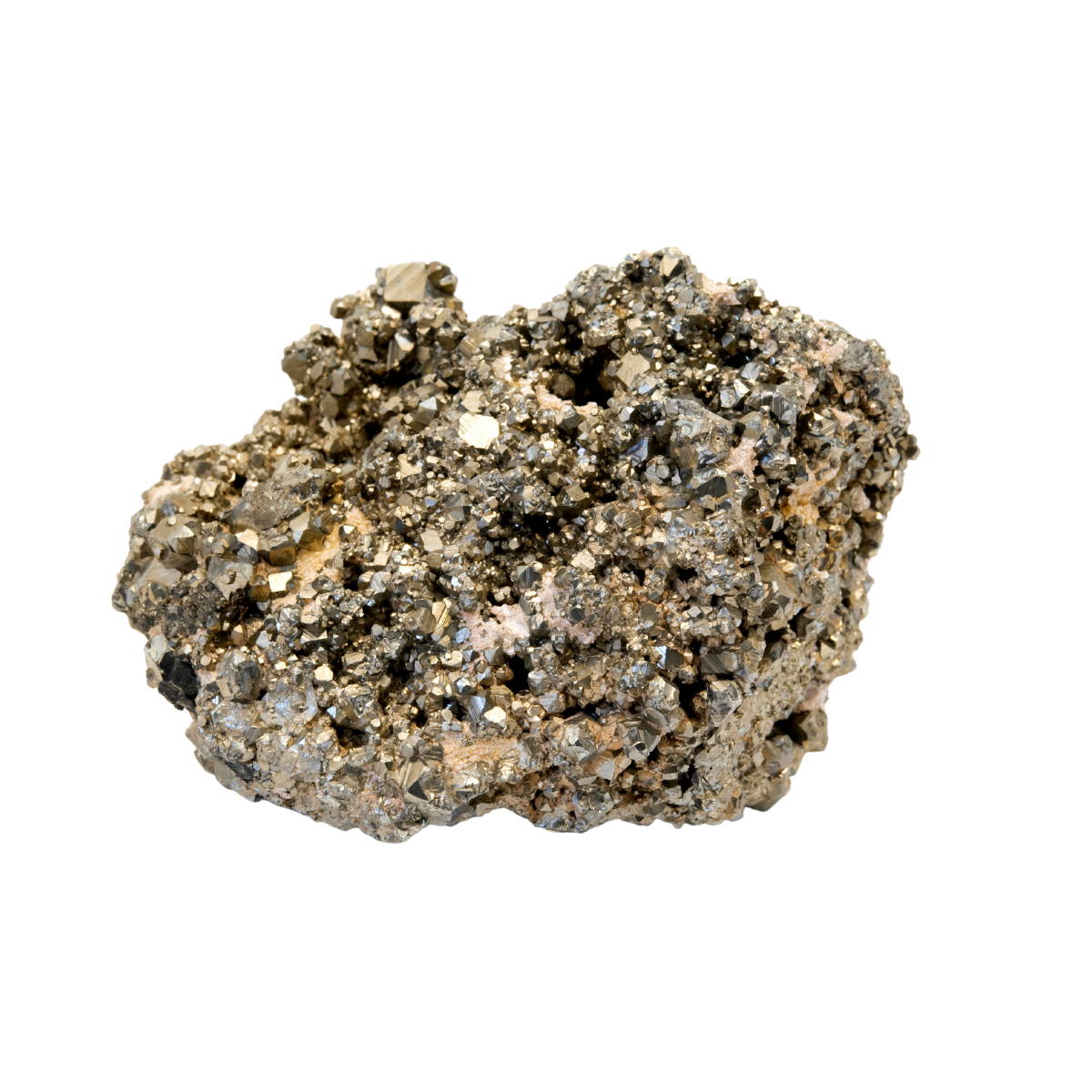 Pyrite has a protective nature at its core. A healing stone that is devoted to shielding its wearer from all harm. The Pyrite Stone is dedicated to keeping you pure whether from emotional harm, cutting through negative energies, clearing electromagnetic fields, or simply stopping toxic thoughts from running through your head. By releasing ourselves of those toxic emotional ties, we instantly experience life's magic as its facades fall away and we can live in authenticity.

Pyrite’s protective qualities bring healing both spiritually and emotionally. Along with its host of physical healing properties, It will make you feel free, empowered, and safe at the same time.

Pyrite is great for building strength and endurance. This healing stone's power comes from its masculine energy. With its protective powers and life force energy, Pyrite is an extremely effective stone for reducing the effects of environmental pollution on your body, helping you live up to your healthiest potential.

In addition to strengthening the immune and digestive systems, it is said to help fight viral infections, reduce fevers, and reduce inflammation. Those suffering from asthma and other breathing disorders may find Pyrite beneficial as it improves lung health. It also helps to keep the blood flowing properly, stimulates the endocrine system. and resolves issues relating to fertility.

The pyrite stone is effective in strengthening your emotional connection. Feeling safe and secure in one's own skin is so much easier once we feel protected from outside influences. The confidence levels will start to rise, the natural leadership skills that you may have kept hidden will come to the surface, and you will become more able to live your life authentically and without pretense.

It is said that Pyrite invigorates the spirit and brings positive energy to your life. In addition, it revitalizes your drive and passion and helps you feel as though you have a new lease on life. It is Pyrite's mission to empower you to overcome those thoughts and fears, so you can live the life you were meant to live.

A strong positive energy flows through the Pyrite stone. Its metaphysical properties helps you become free from negativity and move towards a more positive state. To clear out this negativity, Pyrite strengthens thesolar plexus chakraand the sacral chakra.

It is no coincidence that this fiery stone matches perfectly the zodiac fire sign of Leo. Leos are known as passionate and courageous people with natural-born leadership skills. This earth element crystal helps balance out the fiery qualities Leos possess, and helps them stay grounded and focused. Pyrite’s protective properties also helps Leos to veer away from trouble and stay level-headed if they are feeling aggressive.

How Do You Use Pyrite?

Pyrite crystals are both powerful and aesthetically pleasing. Whether you choose to wear it as a beautiful piece of jewelry or add it to your decor, it will bring you positive healing vibes. 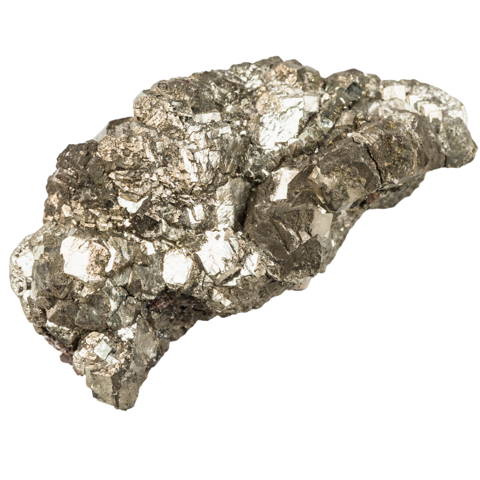 To protect your home from negative power, put Pyrite crystals in yourfoyer or doorway. It will protect your peaceful environment by soaking up the negativity and replacing it with positive energy.

Pyrite not only dispels negative energy, but is also very powerful for attracting good luck, success, and prosperity. It also inspires creativity, making it the perfect stone to bring to your workplace.

The most powerful way to channel Pyrite’s energy is to wear it directly on your skin as jewelry. Wearing Pyrite jewelry with stone-to-skin contact enables its healing powers to freely flow to your body, mind, and soul.

How Do You Cleanse and Charge Pyrite?

Because Pyrite crystals constantly soak in negative energy, it is important to keep them cleansed and charged. Pyrite is made up of Iron, so you don’t want to wash it in water because it may cause discoloration or rust. It is a fire stone, so it responds well to being cleansed by smudging it with sage or smoke from your favorite cleansing herb.

As an earth crystal, the best way to recharge it is to return it to its natural place. Either bury it in rich earth or a bowl of sea salt. You can even place it near a bowl of soil or salt and it will recharge as the powerful earth elements soak up the negative energy and restore it to its original power.

Whether you are seeing a life of abundance and luck, or if you need your fiery zest for life to be rekindled, Pyrite is an amazing crystal that is worth the investment. With its glistening appearance, fire energy and potent powers, you will feel like you struck gold when you bring Pyrite crystals into your life.

Want to learn even more? Check out our Gemstones Page!