A Guide to Pisces Birthstones 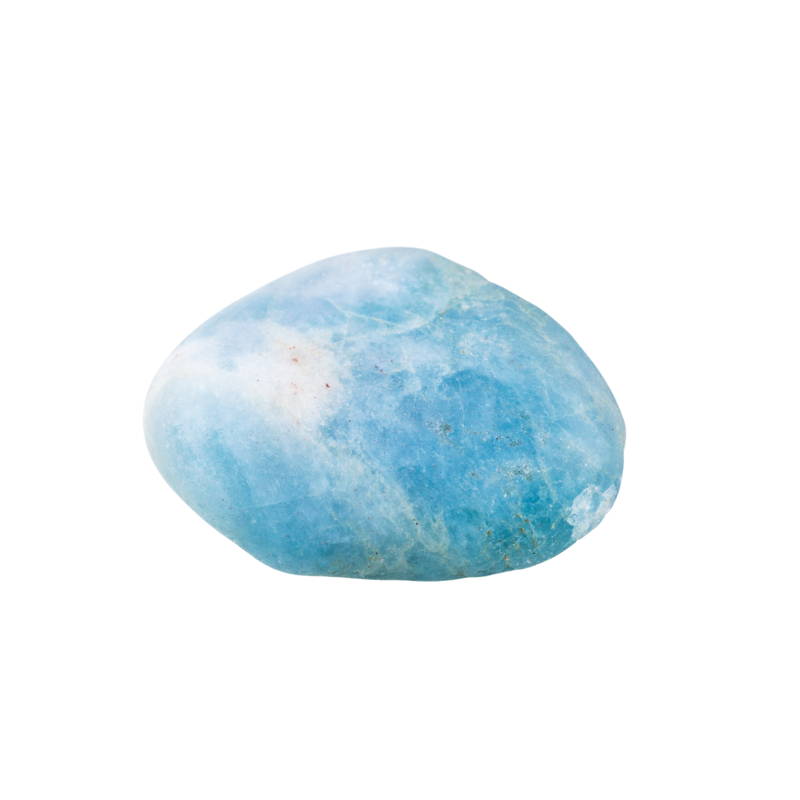 So who is considered a Pisces? Those born between February 19 and March 20 fall under the Pisces sun. As the twelfth astrological zodiac sign, Pisces is symbolically referred to as “the fish.” The symbol shows two fish swimming opposite of each other which is fitting as it’s a water sign alongside Cancer and Scorpio.

The fish in the Pisces symbol are meant to represent the duality within the Pisces personality. The story of Pisces originates with the Greek God Typhon. Typhon was considered dangerous and deadly. When he made his way to Mount Olympus one day, all of the gods and goddesses fled and shapeshifted into different animals.

Aphrodite and Eros, the Goddess and God of Love, were the only two not to turn into another animal. Two fish are said to have appeared to them and let the two ride away to safety on their backs. As a token of thanks, the two fish were placed into the sky as a constellation and therefore named “Pisces.”

The zodiac Pisces is ruled by Neptune, the celestial body governing creativity and dreams. Neptune also oversees illusion and escapism which is something to watch out for in a Piscean, especially if you’re a sun sign.

The most unique thing about those born under the Pisces sun is that they hold characteristics of all the other zodiac signs. They’re the most relatable of the zodiac and have no trouble making friends. Although Pisceans are easily approachable, alone time is a must with them. Not doing so opens them up to the increased possibility of being used or manipulated.

Spending time alone allows the Pisces to recharge their internal batteries and keep in touch with themselves. Pisceans are also notably good when it comes to art and creativity. When they love, they love hard and letting go of attachments can become an issue.

Perhaps the best thing about a Piscean is how strong their intuition is. These people have next level instincts and you’ll find that they’re rarely wrong about anything. On the other hand, a Piscean’s downfall is their emotional instability and oversensitivity.

WHAT ARE PISCES BIRTHSTONES?

Pisceans have one main birthstone followed by four complementary stones. Each of these come with their own unique histories and healing properties.

Aquamarine, the main birthstone attributed to Pisces, is also the planetary stone for the Pisces zodiac sign. Ancient lore states that aquamarine is actually the treasure of the mermaids. This is very fitting as its name literally translates to water of the sea and it comes in a beautiful blue-green sea color.

Because this Pisces birthstone is associated with water, it has a soothing cooling effect when used to treat burning and inflammation. The Aquamarine stone is a powerhouse healer for our bodies, probably because we’re made up of 70% water.

As an emotional healing tool, aquamarine is wonderful when it comes to healing emotional toxicity and encouraging inner peace. 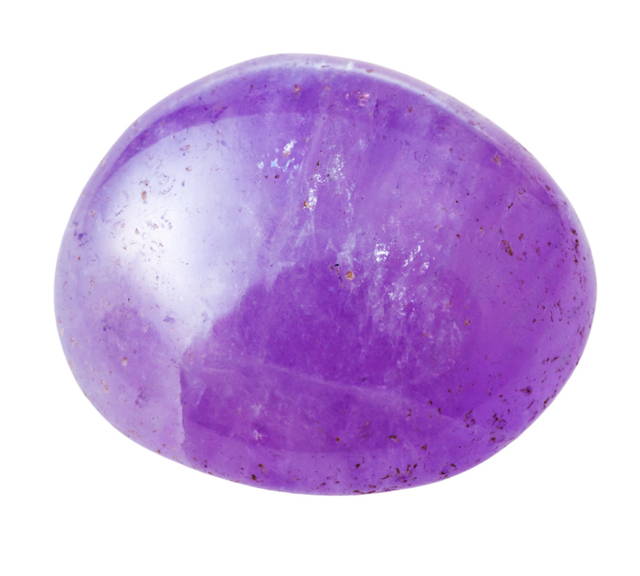 Amethyst, notably known for its vibrant purple color, originally got its name because the ancient Greeks thought it kept its wielder safe from intoxication. This has made it a popular stone among those who struggle with addiction. It’s also said to give whoever carries it strength and courage in life.

While it’s considered a semi-precious crystal, people in ancient times reveled in the amethyst’s existence. To them, it was a very precious stone that had an onslaught of healing properties to offer.

In spiritual healing, this stone is great for cleansing, protecting, and inspiring its user. It’s said to enhance intuition, spirituality, and meditation. It’s an extremely protective stone and is good for calming the mind, body, and spirit. Amethyst is a common remedy for nightmares and bad sleep.

Amethyst crystals is commonly worn to bring peace and balance. Many people utilize wearing amethyst to keep them calm and help them come up with good arguments in business and life. This Pisces birthstone also considered the stone for the creative type. 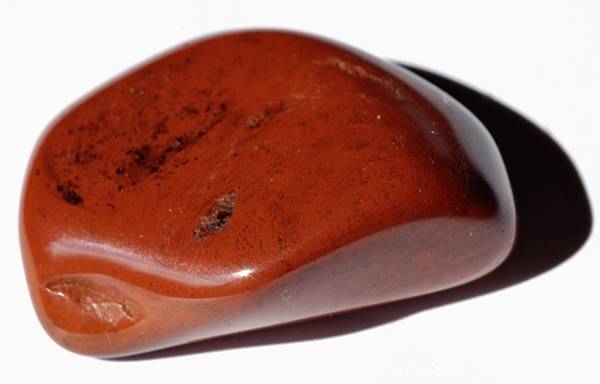 The Jasper crystal is a variety of chalcedony. Normally, the crystal is brown in color but it has been found in shades of red, orange, yellow, blue, grey, white, purple, and pink. The name “Jasper” has Latin and Old French roots and translates to spotted stone.

The spots in each stone come from deposits of mineral, ash, or sediment that got there while the gemstone was forming. It’s commonly believed that Jasper carries an energy of peace, calm, and tranquility.

Whether you’re feeling stressed or need a boost of confidence, Jasper is a good stone to carry with you. It also brings courage and encourages its user to face their fears while remaining grounded.

As one of the oldest stones on Earth, Jasper comes with quite the history. Mentioned as far back as the Bible, Jasper stone has been used to make letter seals, bow drills, and countless other items. According to Norse legend, Siegfried the dragon slayer’s magic sword was inlaid with jasper. In Ancient Egypt, the stone was associated with Isis and was commonly buried with the dead.

Ruby gets its name from the latin word, ‘ruber.’ It’s one of the four precious stones alongside diamonds, sapphires, and emeralds. The Ruby stone has been used in jewelry and weapons for centuries and also commemorates the 40th wedding anniversary.

This Pisces birthstone is said to promote love, nurturing, good health, knowledge, and wealth. Many people use it to usher in positive energy and concentration along with loyalty and compassion too. In terms of chakras, the ruby is one of the main gemstones to help open up and jump start the heart chakra.

It’s also one of the most well-known gemstones in world history. Most notably, the ancient Hindus believed anyone who offered rubies to the God Krishna, would be rebirthed as an emperor in their next life. 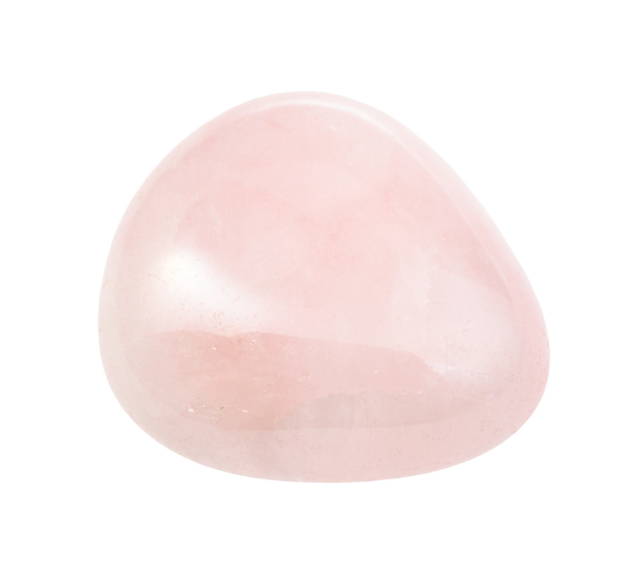 Rose quartz is one of the most widely available crystals on the market and is popular among newbies and gem veterans alike. The pink shade is meant to symbolize gentleness, calmness, femininity, compassion, and love.

Most notably, rose quartz helps heal relationships and bring all around peace and contentment to its user. It has the ability to bring emotional, physical, and spiritual healing, which is why so many people consider it a staple in their crystal collection.

Bloodstone is aptly named as it is said to help regulate blood flow and promote strength during childbirth. It’s also a popular stone to be used when trying to heal from emotional trauma (bullying, abuse, etc.) Bloodstone is usually found in a deep green color with flecks of red all over it.

This gemstone is commonly used as a “do-over” in crystal healing. It’s great for rebuilding and restoring your entire being after a hard heartbreak or negative event in your life. Bloodstone is also a great gemstone for grounding yourself and warding off bad energy. It’s considered a very protective stone, which is ideal for anyone susceptible to manipulative relationships.

According to legend in the Middle Ages, the bloodshed during the crucifixion of Christ dripped into the dark green Earth and turned it to stone. The Ancient Greek and Romans would often wear bloodstone during their athletic events because it was said to boost endurance and increase physical strength. It was also used to aid circulation and promote healing by being dunked in water before being placed on the body.

The birthstones that pair with the Pisces zodiac sign come with a variety of benefits, each worth checking out if you’re a Piscean. These crystals and gemstones are amazing tools for realigning and opening any blocked chakras and are definitely something you should add to your daily routine.

It’s important to take time for yourself with these Pisces birthstones so you can feel grounded, calm, and content as you go through life. As a Piscean, it’s easy to fall victim to manipulative people in your life but keeping these stones in your crystal arsenal will give you the strength boost you need.

Have you worked with any of these birthstones before? How have they helped you in life? We’d love to hear from you!