Howlite is a beautiful white stone that can help you in achieving peace and calm while alleviating stress and attuning you with pure and infinite energies. Learn its meaning, benefits, properties, and everything else you need to know about it here.

The meaning of the name of this lovely stone was derived from the scientist who discovered its deposits in Nova Scotia in 1868, Henry How. Albeit, it has also been given other names, with the most recent one being Snow Leopard Stone, derived from the beautiful fur of the large cat from Asia, and also most likely because these creatures make a prominent howl. Howlite properties resemble magnesite (magnesium carbonate) in appearance and often requires a chemical analysis to distinguish one from the other. It melts into a gel-like form under the action of hydrochloric acid, while magnetite is reactive to gas evolution. How lite’s common appearance is dull white to ivory with brownish or blackish veins. Its surface is glossy, while the fracture surfaces are matte.

When Howlite is used for meditation, you may feel like you’re being taken to a place where spirits and nature become one in a blanket of white, such as the ranges of snowy mountains. It brings peace and harmony in your mind like all sacred stones do, while the black lines symbolize that your mind continues to work, focusing, not shutting off. Because of its close relation to snow, it’s called the crystal of winter months, when the bodies of mammals are entering into either full or partial hibernation.

Spiritually, the hibernation process is essential in providing our spirit and soul the energy that they need to proceed with important transformations. In a nutshell, Howlite white helps in slowing you down physically while you’re still very much aware spiritually and mentally. As it is with Snow Leopards, it’s when you’re using Howlite that you complete the hunt that you need, not for a prey, but negative thoughts,habits, and energies. 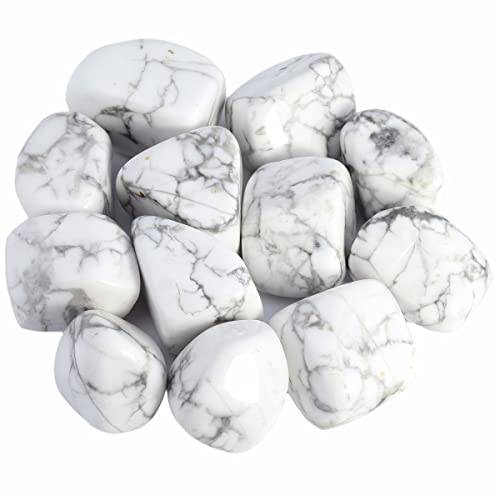 Howlite creates nodules that have a strong resemblance to cauliflower heads. It’s a stone consisting of hydrous calcium borate and is usually white porous or light grey opaque, with veining patterns that look like a spider web in black, brown, or grey. It’s oftentimes dyed blue or green to look like turquoise or red to look like coral. This stone is also called in many names, such as White Turquoise, White Buffalo, Sacred Buffalo, Silico Boro Calcite, Kaolinite, Blue Howlite and Lapis lazuli Howlite. Howlite was first found in Canada however, it can also be found in other countries, such as the USA, Turkey, Namibia, Germany, Mexico, Pakistan, and Russia. It’s commonly used for therapy due to its soothing and calming effects in the emotions, slowing of agitated minds, and having a deep and restful sleep. While deeply asleep, it may also help in regaining wisdom during the dream state, and put it forward to awareness upon waking up. Keeping a piece of Howlite in your pocket helps absorb anger, excessive emotional expression, and negative energies. It brings mental consciousness of current issues, as well as issues from your past life, acting as a facilitator of communication about these issues. Using it while meditating can help you connect with higher realms, which then allows you to gain higher communication with higher frequencies that bridges through the higher chakras. With this, it’s integrated by the insentient mind, helping you gradually remove the veils that are blocking the truth.

For Wealth and Abundance

Howlite can help you improve your focus and concentration on wealth and abundance and also has healing properties it is one of the calming stone there is. It can help you find creative ways to make your money goals happen. The energies that it brings you will keep you inspired in generating new and awesome ideas and will continue until you’ve made progress with your goals.

With the help of Howlite, you can reach the highest dimensions of yourself, which will open your mind to possibilities instead of impossibilities. On the other hand, it will also help you keep your feet on the ground to follow only realistic dreams. In a nutshell, your ambitions will not let you lose yourself in the process, nor will the challenges that come with realizing those dreams.

For Health and Healing

When used as a gem elixir or if the stone is placed under the pillow right before going to bed, Howlite can help in treating insomnia, giving you a quiet and peaceful sleep, and let through to your body its healing properties. As a very earthly stone, it can save you from ill-temper caused by sudden emotional outbursts. It can also aid in the treatment of anxiety and other related bad emotional expression and stress, due to its calming effect in the mind, which soothes the overactive mind.

An overactive mind or imagination can create negative thoughts, thereby negatively impacting your health in ways unimaginable. For example, it can affect your sleeping patterns, leaving you tired and restless character traits. As we all know, lack of proper sleep can make you easily irritated and disoriented even a few days thereafter. Howlite is a great stone to help you achieve a calm mind, thus giving you a peaceful sleep every night its one of your best option for calming stone.

For Love and Relationships

Howlite’s energies may teach you how valuable patience is. Not everything you want will happen at the time and way you want it to. Once you learned this, you’ll be able to have the wisdom, maturity, and understanding that when you don’t get something at the moment, it doesn’t mean you’ll never have it. You will learn how to wait until it happens.

Howlite can help you have a better self-assurance and peace with your relationships and your life in general, as it helps you in alleviating your anger, frustrations, your fears, and your pains through its healing properties. Its calming effect to strong emotions can help you get through a difficult relationship. Anger and hurt can make you say or do things that may damage your relationships permanently. Using Howlite can make you keep calm and reasonable, which enables you to handle your conflicts better, or even let go of the person you love without being so gravely wounded.

How To Use and Care For Howlite

You can use Howlite as a component for jewelry design, beads, small carvings, decorative item, or cabochons. Dying it in a different color, as is always the case for Howlite, doesn’t change its healing effects. Simply placing it in your pocket or purse can help absorb negative thoughts and emotions, such as anger, jealousy, fear, etc. Place it under your pillow can help you get better sleep and can even encourage lucid dreaming. Cleaning Howlite jewelry is pretty simple. Just use soapy and lukewarm water and dry it with cotton or a soft cloth to ensure that there will be no soap or water residue left on it. An exception applies for dyed Howlite though – don’t submerge it in soapy water or its color may fade. Always wrap your Howlite jewelry in a soft cloth and keep it free from being scratched, crushed, or bumped by storing it in a clean pouch or box. 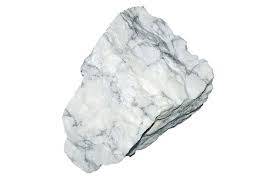 In a world full of chaos, Howlite is the best stone to give you peace and comfort to calm you down when things seem to be going out of hand. It’s always great for people who may have difficulties in calming their minds. It may even be just the help that you need to relieve you from daily stress or anxiety. It helps you keep positive thoughts, therefore creating a chain to help you improve your intelligence, both mental and emotional. Its energies help you bring out the best in your creativity, understanding, and harmony. Some people say that having a piece of Howlite near you is like spending time in your favorite wellness spa. Its because it can help in the healing of your mental, physical, and emotional health.