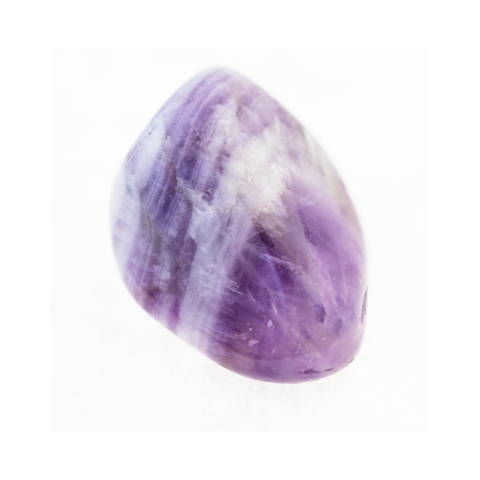 Compared to other Zodiac signs, there is only one core Aquarius birthstone and five complementary ones. The central rock that is associated with this zodiac is the Amethyst. The other stones include the Garnet, Sugilite, Jasper, Moss Agate, and Turquoise. They all have different impacts on Aquarius and their actions.

This zodiac is the eleventh of twelve. If you were born under the Aquarius astrological sign, your birthday falls somewhere between January 20th and February 18th.

The symbol of this zodiac is two wavy lines representing the water bearer. This image was a mystical healer that brought water to the land, providing a source of life or death to those on land. They are ruled by the planet Uranus. Moreover, the general Aquarius birthstone color is blue.

The water bearer within the Aquarian symbol comes from the legends of Ancient Egypt. When the Nile flooded, citizens of the region believed that the Aquarius was putting his jar into the river.

The zig-zag lines and water bearer both embrace this idea. This water represents the life that the Aquarius brings to all that they do. It also depicts the desire that they have to do something with the world around them.

Though water is the symbol of the Aquarius, it is not a water sign. This zodiac is an air sign along with Gemini and Libra. These signs are known to be the analytics of the zodiac.

Their intelligence allows them to move through life and communicate with ease. However, Aquarians have traits that set them apart from Libras and Geminis. Perhaps the best thing about Aquarians is that they look to the future, determined to change how the world is in preparation for the world that could be.

The Aquarius is passionate, happy, and powerful. Their intelligence does not get in the way of their friendliness, and they can be great pals to have. They often need a push to socialize, however, as they don’t mind being by themselves.

On the other hand, Aquarians can suffer from a severe lack of focus. These individuals tend to be in their heads, and pessimism can cause them to lose interest in a project altogether.

The Aquarius Zodiac can also be unpredictable and unempathetic. Their intelligence often does not extend to the realm of emotions, so it is critical to help them out.

The Aquarius is an interesting person to be around, no matter what their mood is. You can be sure that they will bring something to you whenever you interact with them. Adventure is a given for this zodiac, so you should be prepared for anything and everything.

There are a few gemstones that are associated with the Aquarius. Each of them holds different benefits, vital in their own ways. This zodiac will get a lot from these healing stones. 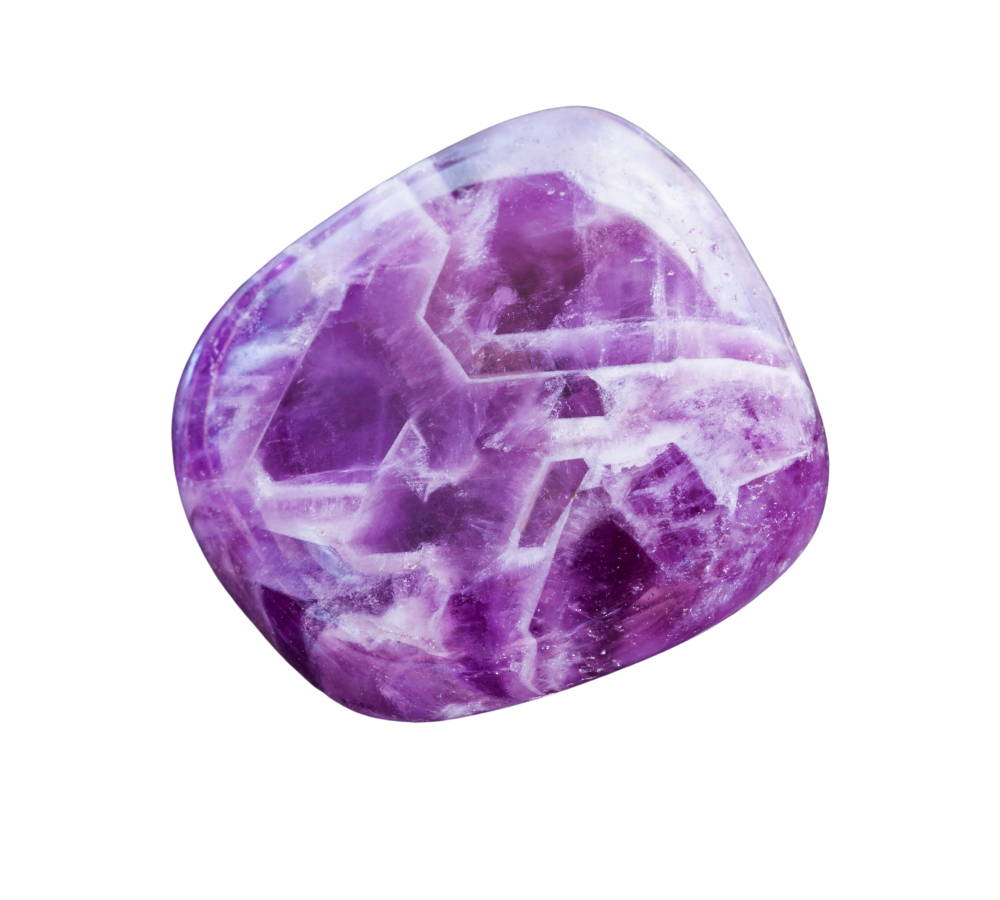 Amethyst is the core healing stone of the Aquarian zodiac. They have been used throughout history to aid with healing.

The ancient Romans believed it could help to prevent drunkenness, while ancient Christians believed that the color represented the suffering of Christ. It has also been seen as a stone of peace and clarity that pushes through all dimensions.

For the Aquarius, this Aquarius stone brings on a stabilizing effect that calms their powerful nature. The stone can enhance the communication abilities of the Aquarius and allow them to work together with other people.

This is also said to have healing factors for the Aquarius. The Amethyst gemstone can relieve headaches and various pains that occur all over the body. It can also assist insomnia and improves blood circulation.

This purple stone works very well with Aquarians. It’s a good stone to have on hand if you can get some. You can research the benefits further to become more familiar with how you can utilize it.

The Garnet is one of the oldest stones known in human history. It’s bright red and often resembles a pomegranate in its shape, size, and color. In many ancient traditions, the stone is thought to have the ability to cure depression, relieve liver disease, and perform other cures. Like the Amethyst, the blood-red color is often compared to Christ’s sacrifice on the cross.
An Aquarius can receive many benefits from the Garnet. It is said that this stone can give tremendous strength to the owner. As stated above, it is also believed to have healing powers that work well on the Aquarius zodiac. Those who suffer from depression might find relief through the Garnet. 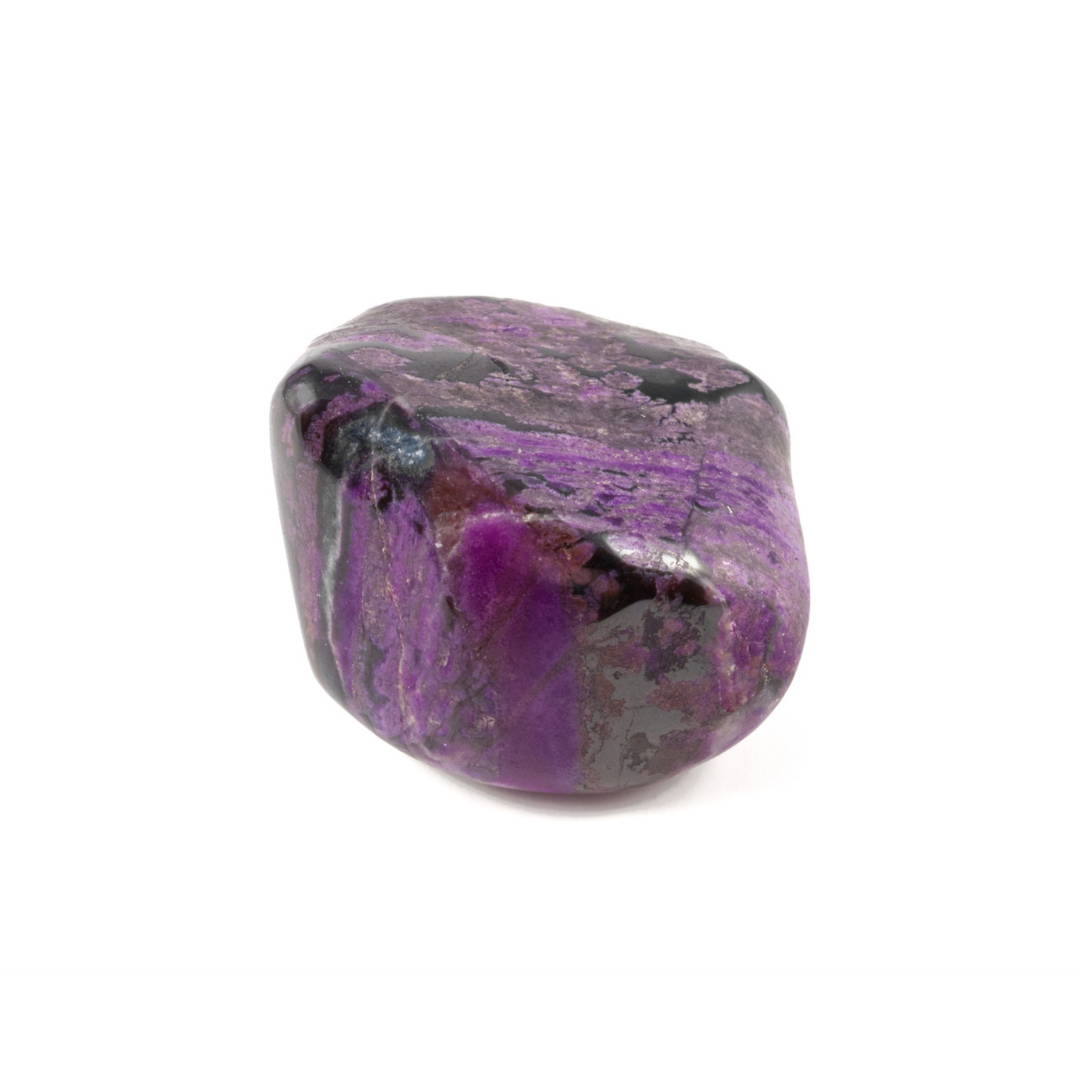 Sugilite is a unique stone that is a key birthstone of the Aquarius. It’s rare and often comes in beautiful shades of pink and purple. Sugilite is known as the lucky gemstone for the Aquarius, so if you can get your hands on some it is good to have.
This birthstone brings balance. It helps the body, mind, and spirit work together as one. Stress can be reduced by using this rock, and a unique peace of mind will arise as a result. Sugilite will get rid of negative energies and prevent an Aquarian from becoming angry or resentful towards others who have wronged them.
If you are an Aquarian that has trouble handling negative emotions, you might want to consider Sugilite. It can be hard to find but is good to have on hand.

Jasper is the talismanic birthstone for the Aquarius, which means that it has the potential to bring magical properties to the user. In ancient times, the symbol of the Aquarius was carved into the stone and worn around the neck. This still happens today and is a good way to ensure that Jasper always stays with you.
This stone is known for bringing about a balance to the energy that an Aquarius has. It is all about stability, so an intelligent Aquarius will appreciate Jasper for its ability to bring them back down to earth in frantic moments.
Jasper is also known for the luck that it provides. It will bring good things to an Aquarian while keeping them focused. It also encourages emotional stability. This zodiac sign should find nothing but good while using Jasper. 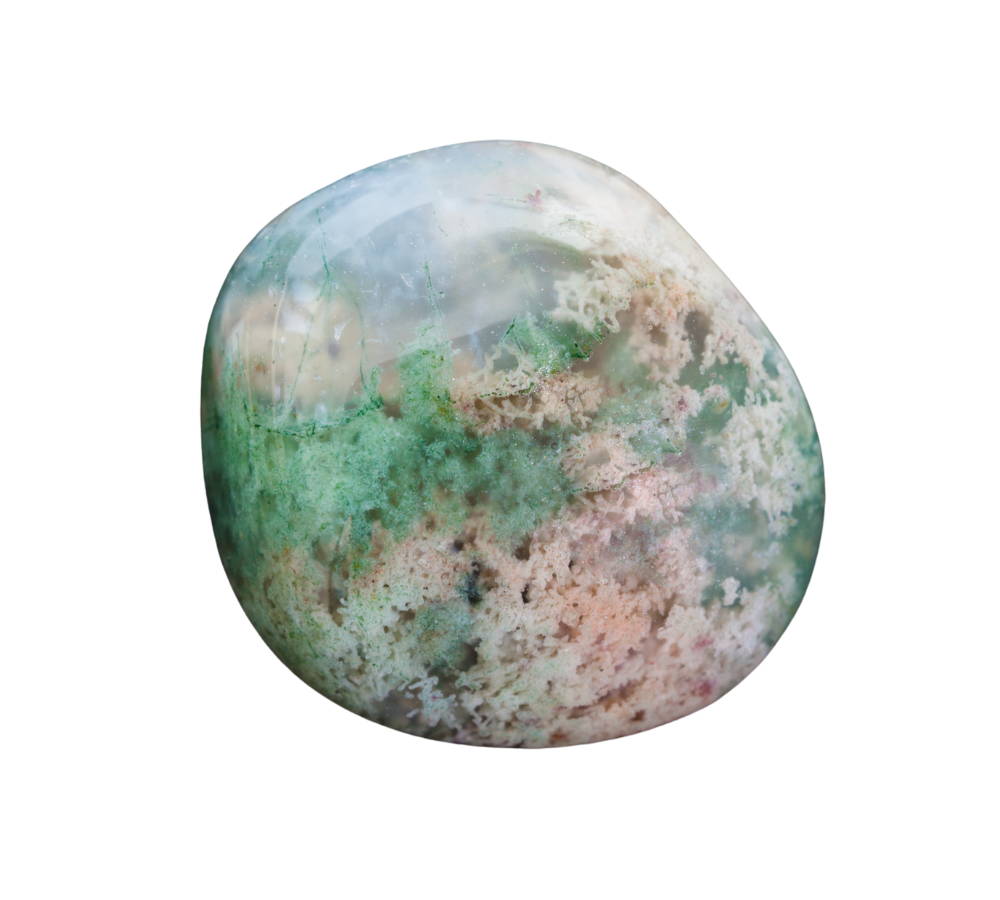 Moss Agate happens to be the birthstone of the Gemini, but it’s also a birthstone of the Aquarius. Moss Agate was often used in ancient cultures, particularly in Greece, Arabia, and Islam. They were used as sources of protection and believed to bring favor to the wearer.
For the Aquarius, Moss Agate also has beneficial effects. It can enhance the viewpoint of an Aquarian and allow them to see the world in a brand-new light. Moss Agate also calms them and provides focus. This is especially critical for those of this zodiac that tend to get distracted by their ambition.
Moss Agate is good for an Aquarius to keep on hand because it will ground them in moments of chaos in their mind. Using it will balance out the chakras and allow for the Aquarian to take on the world with a reasonable state of mind.

Turquoise is a stone that has long been believed to bring about healing properties. It was utilized by Egyptian governors, Persians, Mesopotamians, Chinese, and many other ancient cultures for health purposes. It was excavated and worn around the neck, thought to protect the wearer against natural death. They assumed that if it changed color, something bad was going to happen.
Turquoise has some excellent effects that work well with the Aquarius zodiac. It tends to calm the mind and encourages natural healing. It also can increase focus for the user of this gem. Those seeking a mindset that is calmed and relaxed should seek out this stone in their time of need.
This gemstone can also assist with spiritual tuning. Aquarians can often find themselves in a pessimistic state, full of disappointment if their dreams are not realized. Turquoise helps to shake these feelings, focusing an Aquarian on self-confidence and hope. They will be able to shake off their downfall and get back up on their feet again.
This stone is good for an Aquarius to always have. It will benefit them if they ever feel stuck. Negativity can drag them back, and the Turquoise will assist in diminishing the strength of the negative energy.

An Aquarius has a variety of birthstones that pair with them. They all have different benefits that can improve the lifestyle of an Aquarius that is open to change.
These gemstones can realign and unblock chakras that have been experiencing disruptionIf you are an Aquarius and you decide to invest in some stones, do a little more research to ensure that you fully understand what they are capable of. You should also become familiar with how you can use them. This way, they can have the right effect on your Aquarian personality.
If you’ve used these birthstones before, we’d love to hear from you. We are always interested in the results that come from utilizing zodiac birthstones.