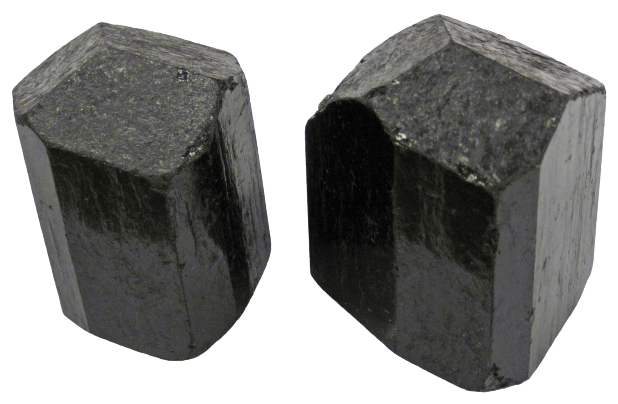 The discovery of black tourmaline is attributed to tin miners in Germany. This mineral was discovered there in 1400 AD was named Schorl. It is the most common form of the mineral found throughout the world.

The Tourmaline family of minerals exhibits a variety of colors depending on their composition and where they were mined. Each black tourmaline stone has its own innate properties and thus among the healing gemstones, each is considered to have different healing properties.

Schorl, as it was named in what is now the town of Zorschlau, ranges in colors from black to jet black often with hints of greys, blues, and streaks of hidden iridescence. It is commonly found in granite formations in hydrothermal veins and metamorphic rocks. It forms a charge when heated and in response to pressure.

Along with the commonly named Schorl, the blacker variety, Dravite is the other more common black tourmaline stones. Dravite with different mineral mixtures tempered by heat and gases displays the more brownish hues among common tourmalines.

Dravite is also treasured as a negative shield for mind, body, soul, and spirit.

Formed during the process of hydrothermal interaction of hot gases and water, its style is considered silicate crystal. This stone contains sodium, iron, aluminum, magnesium, lithium, and potassium among other mineral compositions.

Polished its deep black color becomes a mirrored finish which is thought to repel bad vibes, ill will and negativity. Unpolished it is seen as an absorber of negative thoughts, feelings, and internal self-worthlessness. Within its deep black color can be found wisps of gray, hints of blue and iridescent shimmers.

On the Mohs chart, this stone is ranked as a 7 to 7.5, which is one of the hardest of the powerful healing crystals. 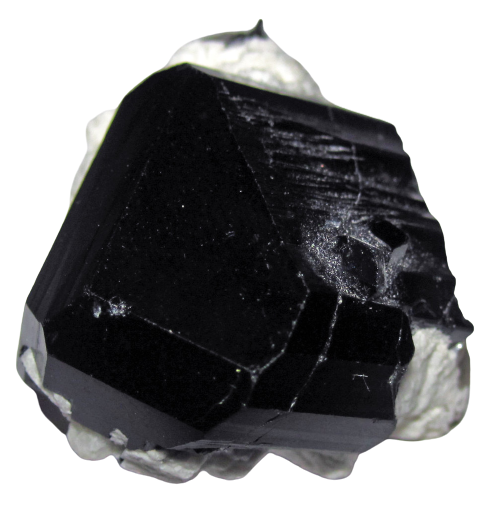 Black tourmaline healing properties have been included in the mixture of crystals by healers, yogis, and spiritualists since it has been recognized as a powerful healing gemstone. The rich black of the Schorl variety is seen as having the ability to offer a shield against negativity and an ability to absorb it. It is said that when wearing black tourmaline jewelry, all the negative energy will dissipate from the body and soul.

Here are just some of the benefits of this powerful healing stone:

Each of the shades of black tourmaline holds a special gift. Dravite and Schorl which possess the shades of black from brownish to black and thought to be conquerors of the negative. Because it is the essence of colors, it is seen as a grounding and protective stone which is foundational for all powers to spring from it.

Formed by the essences of earthy creation, gases, heat, water, pressure along with the foundation of iron and manganese it is seen as a protector of life.

It is a fundamental grounding crystal that should be charged and tasked with cleansing the space of the person. Its powers to absorb, mirror, and dispel negative energies is significant not only for spiritual ills, but also for emotional, mental, and physical maladies.

Over the centuries as the powers of negativity have changed and increased, black tourmaline stones have adapted to their environment. In the modern world, this stone has been tasked with forming a protective shield against the loose energies from electronics and wi-fi. TV’s, computers, phones, laptops, facial recognition scanners are all constantly assaulting the body with EMF’s.

From the new challenges of electromagnetic radiation, EMF’s and environmental attacks on mind, body, spirit, emotions, and soul, this stone continues to shield against all negativities. Continuing to meet the challenges of negative vibes from others encountered throughout daily life, black tourmaline, cleansed and charged can handle everything that life and the cosmos can throw its way.

Physically, healers and spiritualists assign Schorl to the task of tending to circulation, protecting lungs, and boosting metabolism in general.

Specifically in a quest for physical fitness and strength, this crystal is recommended to absorb negative energy that causes muscle aches and pains while restoring a healthy balance.

The potent black grounding force acquired by this crystal deep within the ground absorbs the dark feelings that effectively toy with emotional balance. The powerful balancing attributes of this gemstone strengthened by iron and nurtured by manganese turns the anxiety of emotions into positive energy. This powerful stone is often used in crystal healing sessions due to its cleansing and healing properties.

When attacked by the bombardment of negativity from others, it absorbs and deflects these energies away to maintain emotional stability.

Its use as a reinforcer for those addicted or suffering from bad habits stems from its power to transform bad energies into good. Physical, mental, emotional, or spiritual, it has been touted for centuries as a powerful crystal for emotional healing and foundational stability.

Spiritual healers and counselors recommend this for use by those afflicted by anxiety, panic attacks, indecision, and stress. As it dispels negativity it increases the positive. Its grounding properties are relevant to staying connected internally with the essences of self and externally with the metaphysical.

Healing Gemstone of The Primary Chakras

The Root Chakra, or in ancient Sanskrit known as the mūlādhāra chakra, is located at the base of the spine in the number one position. Black tourmaline as a foundational crystal and healing gemstone is essential for the protection and balancing of the Root Chakra.

A balanced Root Chakra is responsible for self-confidence. As this crystal works to provide a protective shield from the negativities of falsehood it allows the inner truth of self to flourish. Its protective and healing powers balance the positive energies of trust, faith, and love.

With a balanced and protected Root Chakra, self-confidence flourishes, enriching the feelings of safety and security. The rich absorbing black color of the Schorl Tourmaline is often confused with evil, as the color black is associated with it.

Schorl, unlike the black portrayed as evil in art, literature, and lore, attracts, absorbs, and deflects the evil energies. It has been assigned as the birth stone of October because it is the month when the nights darken earlier each day. 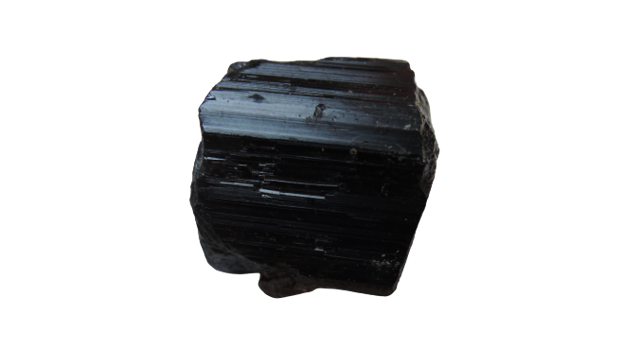 As the zodiac sign of Libra is represented by the balanced scales, it is not a coincidence that one of the strongest balancing crystal healing gemstones, black tourmaline would be one of its zodiac stones.

When in sync, Libras are a balanced, charming, confident breed. When shaken and facing conflict, stress, indecisions, and anxiety they begin to panic.

The power of the Libra Birthstone is important to maintain Zodiacal attributes as leaders in balanced thoughts and actions. This crystal is an important daily addition for a Libra either worn in jewelry, carried on the person, or displayed in their environment.

The Libra will feel safe in the black, their spiritually balanced color. The magical powers inherent in both varieties of black tourmaline will protect and balance every aspect of the Libra’s lifeforce.

The Root Chakra, the emotional, spiritual, and mental connections to life and the power of the universal One, all are fortified and enhanced by the gemstone from the depths of the earth, Schorl.

Closely associated with Libras, Scorpios and Capricorns are also strongly influenced by the balancing power of the iron- manganese energy combinations of this stone. Those under the sign of Scorpio are decidedly indecisive, and finicky.

They display a natural procrastination while plans are finalized with precision. As time goes by, they are beset by negative energies and start over on their plan. Balanced, Scorpios are thoughtful, and idea driven, black tourmaline stones help in shielding away the negative while letting the positive shine.

Likewise Capricorns are innately ambitious and determined. They quickly learn the in and outs of all the latest technological advances attaching themselves to it. While pursuing their latest ambitious plan anchored to a computer, laptop, phone, Bluetooth, and wi-fi, they are constantly bombed with negative and vicious EMF’s.

This crystal is an essential element for these unusually responsible souls who are often consumed by their own preparations and plans.

For Capricorns, like Libras, this stone is an essential healing crystal for balancing the Root Chakra as well as absorbing surrounding negativity. In order for any Crystal or Healing Gemstone to perform it must be periodically cleansed and recharged.

This could be on a routine schedule; however it should be modified when necessary. If the stone has undergone a particularly heavy load of bad energy, it should be cleansed and recharged as soon as possible.

As Schorl receives its energy and power from the depths of the earth, burying it is one of the best ways ti cleanse black tourmaline. To easily cleanse this crystal indoors, simply bury it in a bowl of brown rice.

After a few hours or preferably 24 hours, uncover the stone and dispose of the brown rice outside of the dwelling. It will discharge the bad energy it absorbed into the brown rice as if it were buried in the earth again.

As a powerful crystal of the earth, formed with the minerals, gases, and liquids of it, recharging black tourmaline with its assistance is preferred. As it is one of the hardest crystals, it can be recharged in water, sunlight, or earth.

To use the sun and earth, place the crystal on the earth in direct sunlight for a couple of hours after cleansing. Once the stone has been cleansed and recharged, it is ready to serve again as a protector and healer.