Crystals and stones are beautiful keepsakes and collectible items that serve many purposes. From promoting various health and wellness features to embracing specific meanings, these highly coveted items are crowd pleasers, to say the least. 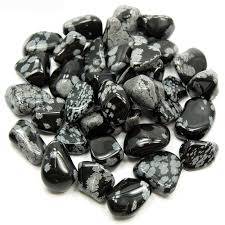 Where Does Snowflake Obsidian Come From?

This stone is formed from felsic lava from a volcano. Once the felsic lava cools down, the snowflake obsidian is formed. It is a type of volcanic glass that turns into an igneous rock.

Lava is often considered to be a stone symbolizing rebirth, so it’s no wonder that snowflake obsidian is a stone that draws emotions to the surface of the person that possesses it.

Snowflake obsidian can be found in various regions. Large quantities of this stone are found in Iceland, Mexico, and the United States.

Hardness and Grades of Snowflake Obsidian

How Can You Use Snowflake Obsidian?

The following offers insight into the various ways to put your snowflake obsidian to good use:

Brings Emotions to the Surface

Snowflake obsidian is a cathartic stone that can be used to bring hidden or repressed emotions to the surface. This healing stone helps with purging one’s emotions and helping them to feel better once those suppressed emotions can be expressed.

This special stone also works to promote emotional purity. Snowflake obsidian can be used to clear emotional toxins from the body, mind, heart, and spirit. The energies of the stone help one to find balance and peace of mind.

This stone can be used to help individuals pursue a clear mind and logical thinking. The clarity removes doubt and confusion, promoting clear thinking for the stone holder. A clear mind also works to embrace a new perspective, which makes the possibilities practically endless.

Even the most positive of people experiences negativity occasionally. It’s not good when this negativity is harbored and can fester. Snowflake obsidian works to clear the negativity and bring true positivity back to the individual.

Achieves Balance in the Body

Sometimes we feel a little bit off track, as if we need to be more balanced in body and mind. With the help of the snowflake obsidian, we can achieve balance in the body, spirit, and mind. No longer does fear or worry have to be an issue. This stone helps to acquire balance and get back on the right track once again.

Snowflake obsidian is also associated with guardian spirits. This coveted stone offers as a reminder that loved ones are looking over you from above and protecting you.

How to Display Your Snowflake Obsidian

How Can You Use Snowflake Obsidian?

As highlighted above, snowflake obsidian has many attractive features on its own. However, this stone can also be used in conjunction with other stones and crystals to help with health and well being goals. Here are some of the snowflake obsidian and other crystal combinations and what the collective goals may be with each set:

Learning About a Past Life

If you want to learn about a past life you may have experienced, pair your snowflake obsidian with either lapis lazuli or petrified wood.

If you have specific educational goals you’re pursuing now, pair your snowflake obsidian with sodalite or hypersthene to put some good vibes and energy into motion.

For those who have an overactive mind that they might want to calm, gather your snowflake obsidian together with hematite. The combination will help to ground you and relax your thought processes.

Caring for Your Snowflake Obsidian

When you’ve added snowflake obsidian to your stone and crystal collection, you want to be sure to take good care of this beloved item. Snowflake obsidian, with its 5 level of hardness on the Mohs scale, won’t scratch easily but can break or fracture easily due to its brittle features. Be sure to treat it gently and not drop it. The fragments are like glass pieces, so use caution around broken snowflake obsidian.When it comes time to spruce it up a bit, your snowflake obsidian can be cleaned with a warm, damp cloth. You can also use jewelry cleaner on your stone to make it shine. 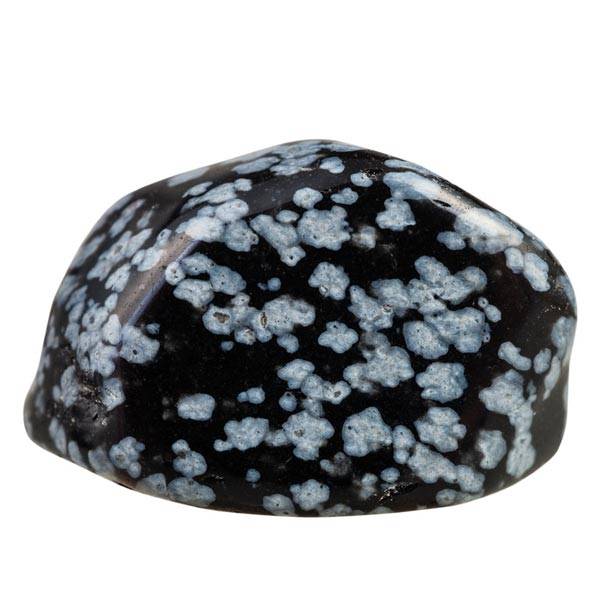