Attract Wealth with these Power Crystals for Abundance

Attract Wealth with These Power Crystals for Abundance 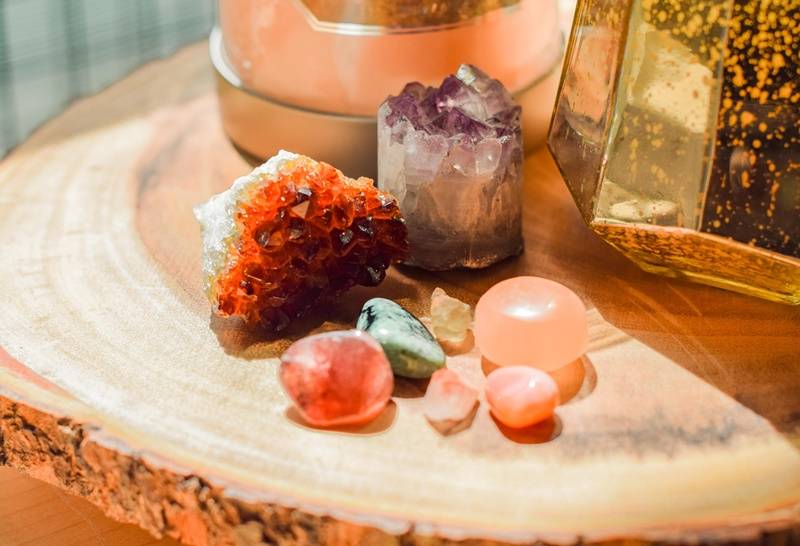 Crystals for abundance are based on the principles of mutual attraction. Contained within each crystal are the energies of the earth and universe. Every crystal unleashes its powerful energy forces when discovered, mined, and becoming part of life, another energy source of the universe.

These semi-precious stones formed over many years in the depths of the earth portray a magical, mystical appeal because of their formation. Deep within the earth, heated liquids solidify in a process of crystallization.  It is a unique process because, unlike freezing water, these crystals form a new substance that retains the powers and energies of their formation.

Over the centuries the powers of semi-precious stones have revealed their energy sources through practical everyday use. Mystics, spiritualists, and healers have all come to the realization that crystals have a power that coincides with the energy in the earth, universe, and their life forms.

The seven primary Chakras have been studied since at least 3000 BCE when they appear in writing in the holy books of India. These seven primary energy sources within each person are affected by the energies around them.

Yogis, philosophers, spiritualists, and healers were determined to find a relationship that connects all energy to the One. They soon began to realize the inherent power contained within crystals and their relationship to the energy source of the seven root chakras in the person. To them the connection was undeniable, the energy contained in crystals from the depths of the earth, the living, and the expanse of the universe were all interconnected and required a balance.

Through usage and practice, the energies of each crystal began to reveal themselves. Some affected love, some health, some mental clarity, some a connection to the energy of the universe and some were crystals for abundance and financial success.

Learning the essence and usages of the crystals provided by the unique metamorphosis of the earth is a significant step in harnessing their energies. 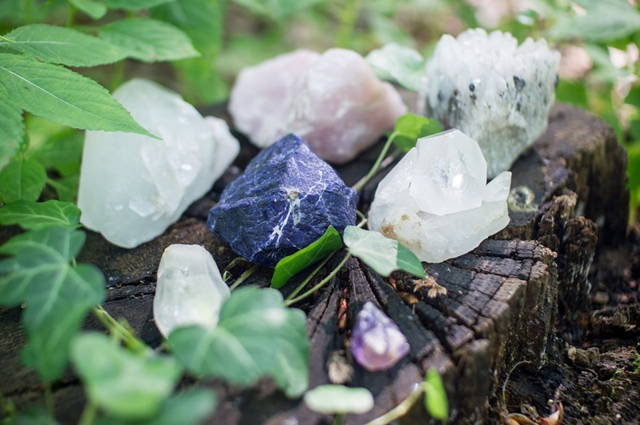 Crystals for Abundance of Money

Seemingly contradictory, the energy of the crystals plays a role in material life. For if the material life is not aligned, the emotional, physical, mental, and spiritual life will not be balanced. Yoga, meditation, massage, alternative medicines, essential oils, and crystals are all centered on achieving a balance of energy with the universe.

Crystals for abundance of money are as important to the balance of life as those for love. Each plays a significant role in achieving a life of aligned energies.

Semi-precious elements of the earth that have been identified as powerful crystals that attract money over the centuries include:

Inappropriately named fool’s gold by those who were seeking another mineral, Pyrite is a powerful energy possessing crystal. Its magnificent formation attests to the hidden treasures of its energetic uses.

As a protectorate crystal and one with healing properties, Pyrite provides a shield against negative energies. It stimulates intellectual ideas as well as enhancing memory. Its name is from the Greek word for fire, signifying its energy source of transformation.

It is a grounding stone that is essential in avoiding financial mistakes and attracting financial success. Taken together all of the properties of Pyrite make it one of the top crystals for an abundance of money. Incubating a business, running one, or cultivating financial plans all benefit from the energy powers of this unique crystal formed in neat squares during its transformation from liquid to solid.

A treasure from the ancient Chinese who initially recognized that Green Jade had the energy of luck. In Chinese history, it is among the crystals for abundance for its ability to attract money and good fortune through harmony. Its relationship to money has evolved into its nickname over the centuries in Asia and around the world, pieces of Green Jade are called “money stones”.

Its energy health properties include protecting and healing the kidneys and liver, mentally it invites harmony and focus needed for successful financial transactions and plans.

Valued for itself as a treasured mineral used in jewelry and other crafted arts, Emerald is a stone that has been held in high regard since ancient Rome and Greece. It was thought to be and revered as a stone of the goddess Venus.

Its crystal energy sources are tied to balance and harmony, along with abundance, prosperity, and growth. As a spiritual stone, its energies are focused on love, wisdom, and protection. As an abundance crystal like green aventurine and tiger's eye, emerald enhances the energies for strong partnerships. 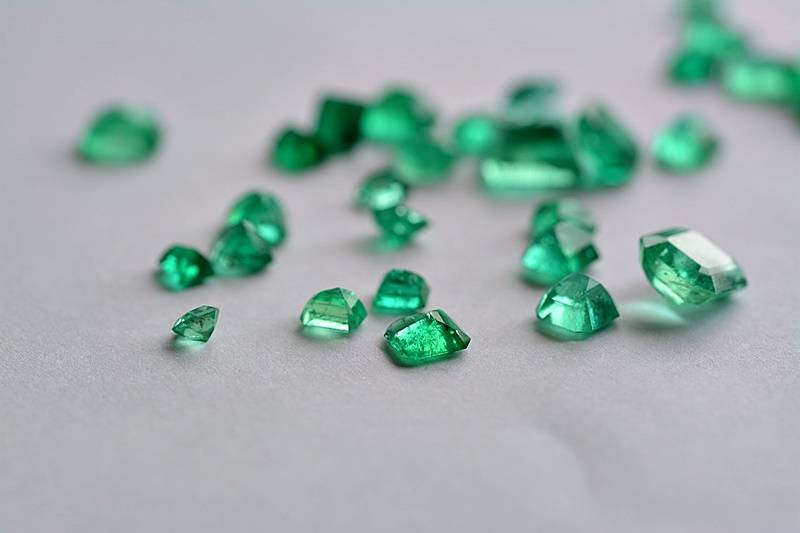 This is on the list as one of the abundance crystals because it has an energy attribute that heightens intuition. This abundance stone alone makes it an asset to financial gain for its ability to help discern bad deals and good deals in financial transactions.

It is also noted as a protector that shields from negative energy including environmental magnetic forces. Jusr like rose quartz, it is considered a grounding stone that channels energy to persistence and achieving goals. These affirmative traits of Bloodstone coupled with its protection characteristics put it on the list of crystals for an abundance of money.

Crystals that attract money are not just those that are directly linked to attaining material gains. Many offer clarity, vision, and inventiveness qualities, all of which are essential in growing material abundance and financial stability.

Among the many crystals for abundance that offer ancillary energy support in achieving goals are:

To tap into the energy assistance of crystals and semi-precious stones they can be worn carried or displayed. Home, office, place of business, or workshop are all places where powerful crystals for attracting wealth can be displayed.

Small pieces of Citrine, the Merchants stone along with Green Jade are often kept in cash registers at restaurants, cafés, or other retail establishments. Many carry small chips of their favorite abundance crystals in their wallets. They must be used, carried, or displayed; the rule of attraction applies to crystals that attract money.